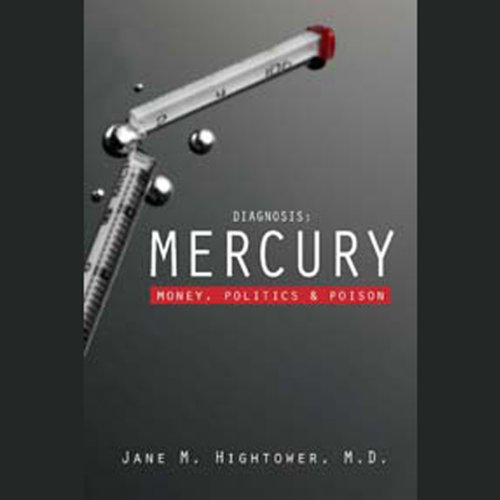 One morning in 2000, Dr. Jane Hightower walked into her exam room to find a patient with disturbing symptoms she couldn’t explain. The woman was nauseated, tired, and had difficulty concentrating, but a litany of tests revealed no apparent cause. She was not alone. Dr. Hightower saw numerous patients with similar, inexplicable ailments, and eventually learned that there were many more around the nation and the world. They had little in common—except a healthy appetite for certain fish. Dr. Hightower’s quest for answers led her to mercury, a poison that has been plaguing victims for centuries and is now showing up in seafood. But this “explanation” opened a Pandora’s Box of thornier questions.

Why did some fish from supermarkets and restaurants contain such high levels of a powerful poison? Why did the FDA base its recommendations for “safe” mercury consumption on data supplied by Saddam Hussein’s Ba’athist extremists? And why wasn’t the government warning its citizens?

In Diagnosis: Mercury, Dr. Hightower retraces her investigation into the modern prevalence of mercury poisoning, revealing how political calculations, dubious studies, and industry lobbyists endanger our health. While mercury is a naturally occurring element, she learns there’s much that is unnatural about this poison’s prevalence in our seafood. Mercury is pumped into the air by coal-fired power plants and settles in our rivers and oceans, and has been dumped into our waterways by industry. It accumulates in the fish we eat, and ultimately in our own bodies.

What listeners say about Diagnosis: Mercury

Watch out for he poison we eat!

I am a doctor since 2002. I've never had a patient that had been diagnosed with mercury intoxication. Until I started to feel brain fog, fatigue, irritability, tremors, problems with my vision (photophobia, difficulty following fast objects...), headaches and muscle twitches. I did 3 blood tests last year, a ct scan, a brain and back MRI. Everything was normal. My colleagues though that I was stressed out. But I felt like I was poisoned. My memory was bad, I had trouble finding words. Until I finally closed the diagnosis: mercury poisoning. Within 20 days of chelation I was almost 100%. I love fish! I always thought that fish was good for me and for my patients. Mercury? What mercury?
So I end up with this book. And it is very well researched and easy to understand. Despite more than 10 hours, it is very fast paced (I listened to it in 3 days) and should be more widespread. We have the right to know the poisons we are eating (mercury poisoning is a big deal), and the right to choose an alternative.

I bought this book because I wanted to learn as much as I could about mercury before having my fillings removed. This is the only book currently available on Audible about the subject of mercury. I really wish more were available.

This book is very poorly written by someone who whines a little too much. I couldn't believe she wasted time crying about the FDA not replying to her mail until she read about it online. Then she kept harping on it.I'm sorry, but laying out your petty, personal grievances doesn't have a place in a non-fiction book. To add to the poor writing of the book, the narrator has a b***hy tone of voice like an old, domineering Sunday school teacher or any other nagging woman who you don't want to listen to. I found it very offputting.

I listened to this book because I HAD to, but it was excruciating for me to get through. My hope is that audible will have a better book on mercury in the future. The only reason I gave this two stars is because it does have a lot on the history of mercury including mad hatters, Danbury Connecticut and various poisoning incidents throughout recent history. The author did her research, definitely, I'll give her that and I'm sure she's great at her profession. She's just not a good writer and is a bit of snob in her writing style. That is my opinion, but if you need to know about mercury and aren't as sensitive to writing style- this might be a book for you. Sample the audio first to see if you can tolerate the narration.