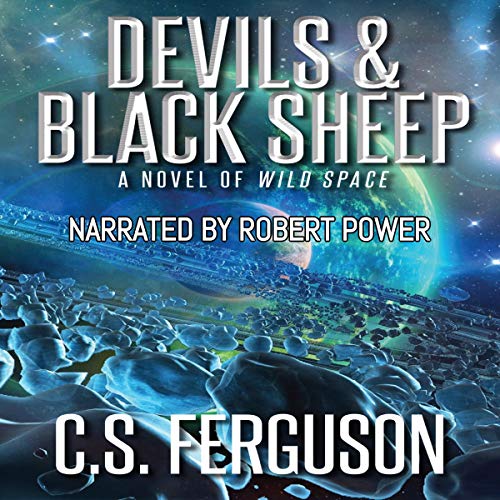 In the distant Heracles system, at the edge of explored space, the last remaining crew of the infamous Crimson Star pirates have found themselves trapped. Civil war has broken out, and the jumpgates that supply interstellar travel have been shut down to all but official traffic.

Their leader, ex-math professor Tybalt, is desperate to escape the system and attempt an experimental cure for the degenerative nervous condition that got him fired in the first place.

Their pilot, former mobster staff, clings to the hope that he can reconstitute the pirate fleet and return them to their former glory.

Their surgeon, the ascetic psychic Tamora, has grown disillusioned with their lifestyle and wants to return home to her monastery and to her simple life of meditation.

Their enforcer, retired military AI robot Nicodemus, could never find employment after retiring as anything except a janitor...until a law enforcement agent approached him about using his military skills to infiltrate and take down an infamous pirate group.

They are the last of the Crimson Star pirates. And they are pursued by the legendary lawman Neil Tesso, whose decades of service are liberally sprinkled with stunning victories.

With the increased pirate activity in his home system, as well as the civil war, the Core government on old Earth is threatening martial law. Desperate to avert the arrival of the insidious Inquisitors and the suffering that follows like a plague, Tesso pursues the pirates with zealous vigor.

Excellent sci-fi book that was full of unique characters. Robert Power really brought everything to life in his narration, loved listening! Would recommend.

I loved listening to Robert Power, he made the experience more enjoyable. This book does not disappoint. Great and quirky characters , we have a retired infantry Android a ex-mathematics professor now turned pirate, to an overweight bearded starship pilot . The book is about a sci fi universe that is believable, fascinating, and not very friendly. Not my normal read or listen, but did enjoy this book.