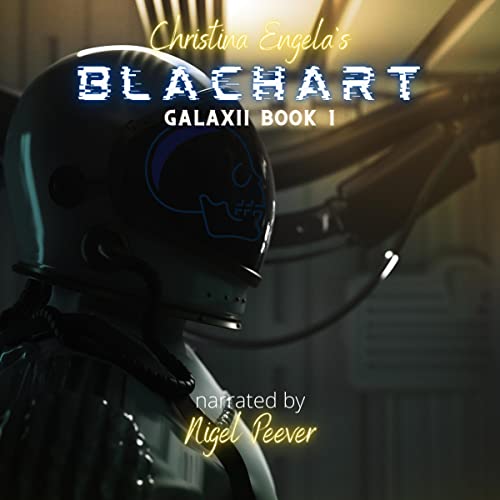 By: Christina Engela
Narrated by: Nigel Peever
Try for £0.00

Mykl d’Angelo, skipper and owner of the loderunner Pegasus, had fallen on hard times, and he'd just had the worst day of his life in that field. Due a minor misunderstanding, his crew had stolen the "Short Shit" - the ship's only shuttle, leaving him and two others behind to crew the ailing (and now understaffed) loderunner on their own.

As if that weren't bad enough, just a few hours later, the rickety old ship literally lost its stardrive in the middle of the middle of nowhere. To add insult to injury, Mykl's two remaining crewmen were killed in the explosion. Marooned alone in deep space, Mykl d’Angelo counted his blessings, offered prayers to any gods who specialized in miracles, and prepared to await (a) seemingly unlikely rescue or (b) a lingering death.

In the meantime, as though in answer to d'Angelo's pleas, a starship of the Imperial Space Fleet had been dispatched to investigate the mysterious silence of a remote starbase nearby. Rescue takes place, but at a price - taking into consideration Mykl d'Angelo's past service in the fleet and his not-insignificant knowledge and experience of Corsairs, he quickly finds himself re-activated in an advisory capacity.

Proceeding at full alert, the Antares prepared for the worst - that is, the probability that the lost starbase had been attacked and destroyed by Corsairs - space pirates who dominate the space lanes and whose bloody choke-hold on interstellar trade overshadowed the last 100 years of human history.

Seemingly by sheer coincidence, their paths cross with a legendary and fearsome Corsair - a man whose name sent shivers running down the spines of lesser men. Blachart. Blachart the Bloody.

Blachart is book one in the Galaxii Series by Christina Engela.

What listeners say about Blachart

this was a good story but most of all Nigel Peever was excellent he truly made the story the sound effects where a good addition i loved this book and can't wait for the second. 👍😁

A fantastic, swashbuckle through space.

While Fantasy is my primary love in literature, I have always enjoyed a good science fiction yarn and when this one came to me via the narrator I figured it may just satisfy an itch I'd been having of late.

Sheesh, where to start with this book? Simply put, it has everything! There's adventure, space battles, fistfights, pirates and, of course. romance.

The story revolves around Mykl, ex-combat pilot turned down-on-his-luck cargo captain who begins the book afloat in space after most of his crew, for reasons unknown, mutiny and fly off in the ships sole shuttle. Shortly afterwards the starships drive explodes, killing his two remaining crew and leaving his marooned in deep space with no hope of survival. That is, until a ship full of marines rescues him from certain death only to then get into a battle with a ship full of space pirates, Mykl has to rely on his military training to survive and capture the dreaded Blackhart!

It's only now that things really start to get bad when his military contract is reactivated and he's tasked with a critical, a possibly suicidal mission into enemy territory.

Every primary character in the book, from Mykl himself to Ripley and Blackhart himself are extremely well fleshed out, interesting and fantastically voiced by Nigel Peever, each given a real sense of identity and more than a little snark. In addition to the reading, there is the addition of sound effects and some incidental music which is just enough to add atmosphere without distracting from the reading like often can happen with this in audiobooks.

There's so much in this story that I could talk about but I don't want to spoil anything but do strongly suggest that, if you like Buck Rogers, Firefly or Pirate stories you give this book a go as I thoroughly enjoyed everything it had to offer.

another great tail told by narrator Nigel Peever. I look forward to the continuing Adventures of Blachart and Michael

A good read.
Well written good story line.
Well narrated.
All in all a good listen.

The classic tale of a hero who doesn’t intend to be one. Engaging and fast paced... the speed of light is not a challenge to these space faring pirates and the people out to chase them.

Took me awhile to figure out the title... but it added a layer to what I took away from the book.

Overall, a great entry to my space opera collection!

The book was interesting. It helped to have a great narrator and sound effects. A nice sci-fi adventure that leaves you wanting book 2. I got a copy from the narrator and this is my honest and voluntary review.

I thoroughly enjoyed the first two thirds of the book and was all set for a five star review, but I lost some interest once the story went planetside. The voice acting and sound effects were great. I love it when sound effects are used for audiobooks.

This is a very well written Sci-Fi tale that is told by an awesome narrator. I can't wait to hear book 2!

Since I'm not one to speak on plots and the such, I believe it's covered well enough in by the editors, I'll get right into feelings on it.

Though this game series is outdated pretty hard, this book had the feeling of "wing commander." To be exact, it makes me think on a sub game called "privateer." Since I have fond memories of those games, i love this book. Excellent Narrator in Nigel, yet again, and I would recommend it to Sci-fi fans without a second thought.