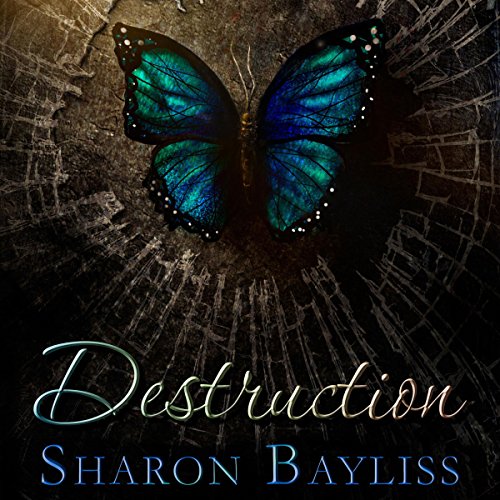 David Vandergraff wants to be a good man. He goes to church every Sunday, keeps his lawn trim and green, and loves his wife and kids more than anything. Unfortunately, being a dark wizard isn't a choice. Eleven years ago, David's secret second family went missing. When his two lost children are finally found, he learns they suffered years of unthinkable abuse. Ready to make things right, David brings the kids home even though it could mean losing the wife he can't imagine living without. Keeping his life together becomes harder when the new children claim to be dark wizards. David believes they use this fantasy to cope with their trauma. Until, David's wife admits a secret of her own - she is a dark wizard too, as is David, and all of their children. Now, David must parent two hurting children from a dark world he doesn't understand and keep his family from falling apart. All while dealing with the realization that everyone he loves, including himself, may be evil.

"It's a story of family secrets, family struggles, family magic - all wrapped up in a fantasy that is suspenseful, shocking and surprisingly sympathetic." (Jen Estes, Author of The Dreamwalker Diaries Series)
"The characters feel like real people, and the story moves at the perfect pace. It's dark, bleak in places, but at the centre of the story is a man who loves his family." (Emma Adams, Author of the Darkworld Series)

Fantasy for adults not YA

David Vandergraff tries to be a good man. He lives with his wife and their three children, having the usual family drama, until one night when David receives a call to inform him that the children he had with another woman have finally reappeared. He goes to get them and finds that they seem to think they are wizards, surely a way to cope with all what happened to them: an abusive step-father who ended up killing their mother in front of their eyes. But things start to get out of hand when David's wife confesses that she is a witch and that David is in fact a wizard, making their three children wizards too.

This is one of those rare gems that fantasy for adults books are, not a young adult finding out the magical side of things, but a middle age man with a family and very mundane problems at work, finding out that he is been a wizard all along. And not any kind of wizard, but a dark one. Wizards are classified according to the four seasons, and this translates into what kind of magic they can do. It is not a distinction between good and bad wizards, just how their magic works. Dark wizard's magic works through destruction, hence the title of the book.

There are wizards who willingly decide to avoid practicing magic because it is very dangerous, trying to live a mundane life. I partly understand this, but my analytical mind cannot conceive why you would just give your back to something dangerous without further questioning. David's wife attitude to bury deep their magical past and convert to Catholicism seemed a bit childish and sheepily. I think we need to have a critical attitude in life and know your enemies and dangers so that you can decide the best course of action. I was also bothered by how much lies and deception there were in this book, but this is just a personal preference, and somehow it prevented me to fully connect to the characters.

Very serious matters are discussed in this book but as I could not connect with the characters, I found it impossible to suffer for them. It was like everybody was numb. I also had problems to understand some of their actions and the motivations behind.

The story is slowly paced and despite the seriousness of the situation, if feels a light read. I just hoped the tension would climb up more towards the end, which felt quite anticlimactic.

This is not an easy book to be listened to just for the fact that there were many characters with evolving relationships. It would have helped if Dennis Holland's voice register could have been a bit more ample. He used two different tones of voice: a neutral one, used for male adults and the narrator, and a softer one, for female adults and children. And the main characters here are a couple and five children! It did not help that from time to time the softer tone was also used for the narration, making things a bit confusing. The audio production was correct though, without glitches.

Another thing that I would like to comment is that dark wizards are the ones born around the winter solstice, and the book mentions December (the series is called The December People), so I assume this just includes the wizards in the Northern Hemisphere. What about South America or Australia? Maybe I am just too picky, but I wonder how somebody from those areas would feel when reading this book.

I think this book would delight those who wish a light read and want something different than the typical young adult fantasy book.

I received a code for the audio book in exchange for an honest review, and I'm very thankful I was given the chance to experience The December People. It wasn't perfect, but it was an enjoyable read. It works well for audio, because the language and dialogue is fairly easy-to-understand, and the story flows well. I recommend giving it a try. The review below avoids spoilers, so fear not and read on.


Anyway, I'd read it for the magic system, the moments of conflict between seasonal wizards, and the internal moral conflicts within several characters. Quick listen and very worth it for those moments.

The audio? Excellent. Flows and the reader does a good job of separating different characters. He doesn't go into full-on acting mode, which I do like some readers to do, but he does keep up good flow and is easy to understand.

What was good? Excellent opening chapters. They pulled me in and wrapped me up in a major dilemma of the MC like any good book should. It touched clearly on what the issues were and would continue to be, while not giving away the deeper issues that would come clear later in the story. The death and looming destruction suggested a story I wanted to keep listening to, and overall we get that, with characters trying to understand or deal with a death, conflicts between family members, mistakes and wrong-doings tearing the family apart, and a gradual introduction to a world of magic that received a lot of thought. Seasons and months affect what kind of wizard you are and what other wizards you can get along with, and what kind of magic you use. There are talismans that I'll let you read to find out more about, but they were probably one of my favorite elements of the magic system within this novel, as they integrate well with real world systems of faith, relationships, and general spirituality. The parts where the author lets us see characters and their magic really affecting the setting were great. All of this makes me want to read Book 2.

What didn't work for me was the dialogue and the final chapters. First, the dialogue felt overused. I prefer dialogue to be as embedded in deeper description as possible, and I dislike constant "he said" and "she said" in my dialogue, and I felt like that's what I was getting. For an audio book, I'd say this wasn't bad, it was easy to listen to, but I would've preferred it to be paired with more description than I felt I was getting on my first listen. It felt like info drops were often handled through dialogue, when there were a couple moments I wanted to see the characters illustrate the magic system more through their actions. Don't get me wrong, there are some fantastic moments where we do get that - one of my favorites was when the summer people come to visit the winter people (I'm leaving out the details of exactly who and why in order to avoid spoilers) and it's like a bomb is about to go off. Well-done. These moments make me on board for Book 2.

The other issue for me was that it felt like the ending fizzled. I'd say the threads were brought to a decent ending, and it did fit in with a decent plot line, but I wonder if that's the issue. It didn't quite match some of the beginning promises, as I felt like with what we'd learned of magic and destruction, some characters were let off too easy. As I said, the opening chapters were fantastic, which may be exactly what led me to be disappointed with the ending.

One more good point I'd like to add, the other does do a good job of creating characters who are not perfect. At first I thought this story would be all about how awful the husband is, but then I kept getting details that showed how every character had made or was making mistakes that their friends and family members would have to deal with. That rang of authenticity and good craft.

This is a very entertaining book. The plot is complex and filled with several twists and turns. The characters are well developed and multidimensional. This book sucked me in early and after reading the third chapter I bought the next book in the series.