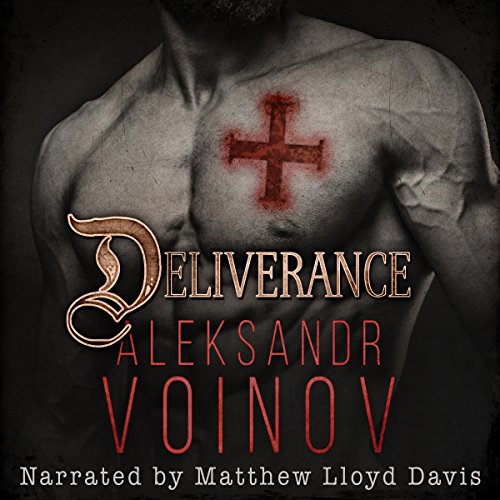 Once a renowned tournament fighter known as the "Lion of Kent", William Raven joined the Templars in the Holy Land to escape his past and the political machinations of his enemies. Called to protect travelling pilgrims bound for Jerusalem, William comes face to face with Guy de Metz, his lover from the past. But Guy is no longer the foppish young noble William knew.

Guy de Metz once tamed the famous Lion, but failed to hold onto the man. Rumours and intrigue tore them apart, and William left seemingly without a thought. Now as they meet again, William claims he has sworn himself to God and God alone, but Guy believes that somewhere inside William's chest, the proud, fierce man he used to love is still alive, and he will prove it.

Love and a Templar

While this story was very short it was full of punch. I felt the full impact of the characters and the events without a lot of history or back story. Sure, the author could have made it a full novel with the addition of such, but what we got was the story of reuniting lovers in the time of the Templars.

Some vows can never be foresaken

For those of you who have read Aleksandr Voinov's works, you will not be disappointed with this novella. I'm consistently impressed with how Voinov weaves a tale by evoking emotion through a character's thoughts, feelings, and actions. It's no easy feat to make a character both flawed and yet persevering. I think that's why I find myself enjoying this tale. It's the common tale of trying to conform oneself to the ideals of society, but in doing so, abandon the essence of your being. We all can relate to feeling that 'pressure' to be like everyone else, and sometimes you need to be reminded that even though you're not the 'ideal', you're still loved by someone, just because you're you. William finally comes to terms with his desires and needs. He just needed some gentle prodding by Guy... a little rough sex never hurt anyone. *wink* I have to admit, I'm a sucker for any type of 'hot and heavy' in a barn. ha.