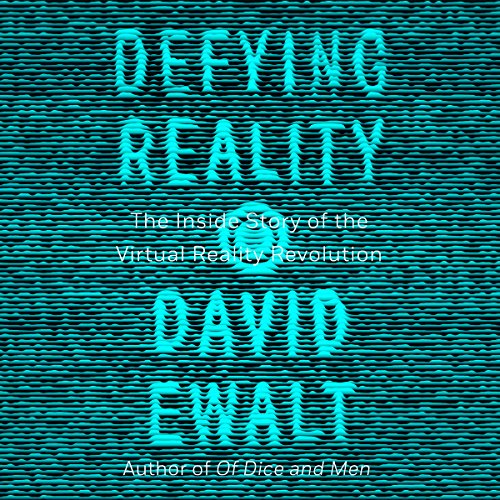 A fascinating exploration of the history, development, and future of virtual reality, a technology with world-changing potential, written by award-winning journalist and author David Ewalt, stemming from his 2015 Forbes cover story about the Oculus Rift and its creator Palmer Luckey.

You’ve heard about virtual reality, seen the new gadgets, and heard about how VR will be the next big thing. But you probably haven’t yet realized the extent to which this technology will change the way we live. We used to be bound to a physical reality, but new immersive computer simulations allow us to escape our homes and bodies. Suddenly anyone can see what it’s like to stand on the peak of Mount Everest. A person who can’t walk can experience a marathon from the perspective of an Olympic champion. And why stop there? Become a dragon and fly through the universe. But it’s not only about spectacle. Virtual and augmented reality will impact nearly every aspect of our lives - commerce, medicine, politics - the applications are infinite.

It may sound like science fiction, but this vision of the future drives billions of dollars in business and is a top priority for such companies as Facebook, Google, and Sony. Yet little is known about the history of these technologies. In Defying Reality, David M. Ewalt traces the story from ancient amphitheaters to Cold War military laboratories, through decades of hype and failure, to a 19-year-old video game aficionado who made the impossible possible. Ewalt looks at how businesses are already using this tech to revolutionize the world around us, and what we can expect in the future. Writing for a mainstream audience as well as for technology enthusiasts, Ewalt offers a unique perspective on VR. With firsthand accounts and on-the-ground reporting, Defying Reality shows how virtual reality will change our work, our play, and the way we relate to one another.

What listeners say about Defying Reality

Good but a bit light weight

Good book but it lacks punch getting too bogged down in the story of Oculus and game culture. Well worth a listen if you want to learn the culture of VR but not so much if you want to understand what is can do for our shared future.

An incredible combination of a great story and great performance. I only wish it was longer.

Too much history, too few about the future

This is basically a history book of VR in recent years. Nothing new, no much I couldn't read from free internet articles, and nothing about the future.