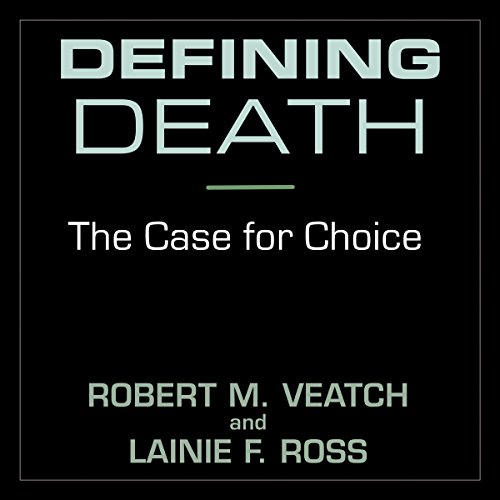 New technologies and medical treatments have complicated questions such as how to determine the moment when someone has died. The result is a failure to establish consensus on the definition of death and the criteria by which the moment of death is determined. This creates confusion and disagreement not only among medical, legal, and insurance professionals but also within families faced with difficult decisions concerning their loved ones. Distinguished bioethicists Robert M. Veatch and Lainie F. Ross argue that the definition of death is not a scientific question but a social one rooted in religious, philosophical, or social beliefs. Drawing on history and recent court cases, the authors detail three potential definitions of death - the whole-brain concept; the circulatory, or somatic, concept; and the higher-brain concept. Because no one definition of death commands majority support, it creates a major public policy problem. The authors cede that society needs a default definition to proceed in certain cases, like those involving organ transplantation. But they also argue the decision-making process must give individuals the space to choose among plausible definitions of death according to personal beliefs. Defining Death is an indispensable guide for professionals in medicine, law, insurance, public policy, theology, and philosophy as well as lay people trying to decide when they want to be treated as dead.

The book is published by Georgetown University Press.

What listeners say about Defining Death