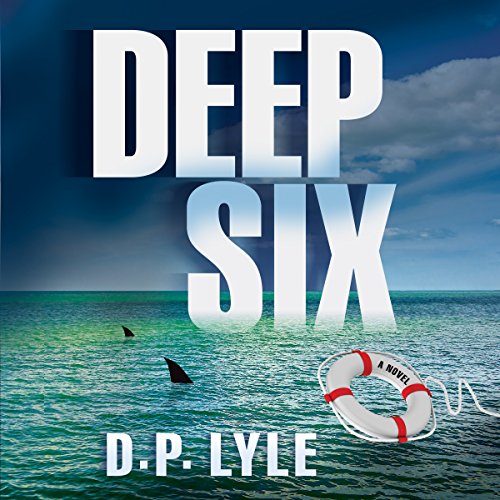 Ex-professional baseball player Jake Longly adamantly refuses to work for his father, wanting no part of Ray's PI world. He prefers to hang out at his beachfront bar and chase bikinis along the sugary beaches of Gulf Shores, Alabama. But Ray can be persuasive, so Jake finds himself staking out the home of wealthy Barbara Plummer, a suspected adulteress. The mission seems simple enough; hang around, take a few pictures, sip a little bourbon. Except Barbara gets herself murdered right under Jake's nose.

When Jake launches into an investigation of his target's homicide, he quickly runs afoul of Ukrainian mobster Victor Borkov. Aided by his new girlfriend Nicole Jemison and Tommy "Pancake" Jeffers, his behemoth employee with crazy computer skills, Jake tries to peel away the layers of the crime. The deeper the intrepid trio delves, the more murders start to pile up, leading them to Borkov's massive yacht, where they just might be deep-sixed.

What listeners say about Deep Six

I listened to the very end because, while the narration was not good, the story was interesting. I might have enjoyed it more reading it so that I could skip the unnecessary raunchy sex talk and poor narration.

The story was Good, but the dialogue sounded like a first draft. It needed to be pared down. Too much obvious chit-chat that didn't move the story forward. I actually cringed a couple of times.

The narrator of the audio version of the book mispronounced a couple of words (e.g. Calvary instead of Cavalry) and his voice didn't clearly distinguish between the characters. I think next time a different narrator should be used.

I love the Orange Beach area, love baseball, love detective novels. So I figured, "What could go wrong? The South Alabama detective is an ex-ballplayer.""
Well, what went wrong is the novel is populated with superheroes, caricature villains, and oversexed protagonists. If you no longer have your favorite article of clothing from your 15th birthday, take a pass on this one. It's strictly YA.