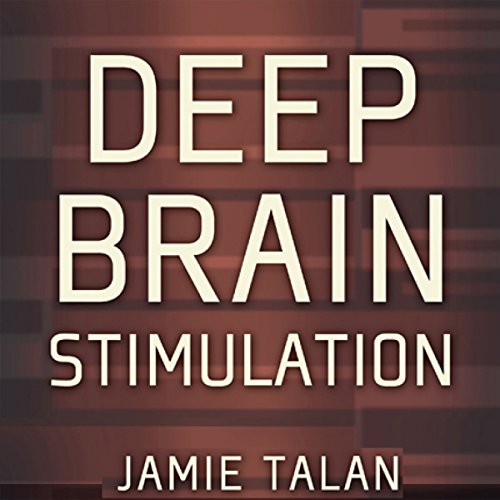 Deep Brain Stimulation: A New Treatment Shows Promise in the Most Difficult Cases

Deep Brain Stimulation: A New Treatment Shows Promise in the Most Difficult Cases

There are disorders that defy treatment with prescribed pharmaceuticals: a man's hands shake so hard that he cannot hold anything; a woman is mired in severe inescapable depression. For these patients and others, an alternative is emerging: deep brain stimulation. In this fascinating and timely investigation, well-known science writer Jamie Talan explains a cutting-edge medical development that is surprising and impressing researchers around the world.

More than 40,000 people worldwide have undergone deep brain stimulation, which involves implanting electrodes in the brain that are connected to a device similar to a pacemaker. With compelling profiles of patients and an introduction to doctors and scientists who are pioneering the research, Talan describes the ways in which deep brain stimulation has produced promising results in the treatment of diseases such as Parkinson's disease, depression, obsessive-compulsive disorder, and dystonia-as well as the ethical issues that have arisen in the course of this research.

The book is published by DANA Press.

"Deep brain stimulation opens a new horizon of therapies for many of the chronic brain ailments that trouble humanity. Gifted science writer Jamie Talan takes us through the cautionary tale of its evolution, while showcasing the promise and pitfalls of modern medical technology." (Dr. Mehmet Oz, Vice chair and professor of surgery at Columbia University and author of YOU: The Owner's Manual: An Insider's Guide to the Body that Will Make You Healthier and Younger)
"Jamie Talan puts her award-winning science writing skills to good use in telling the fascinating story of deep brain stimulation and the hope that offers in treating maladies of mind and brain." (Joseph LeDoux, University Professor, New York University, and author of The Emotional Brain and Synaptic Self)