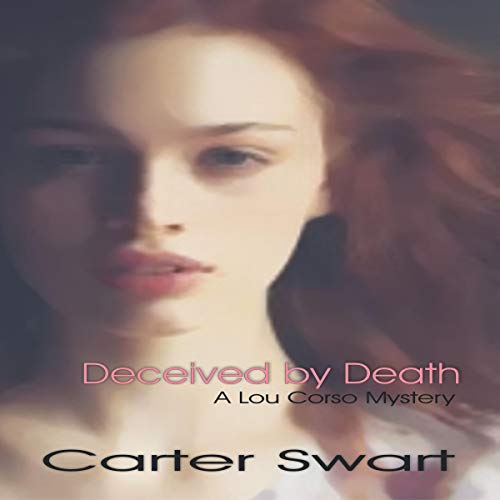 By: Carter Swart
Narrated by: Christopher DeFazio
Try for £0.00

Deceived by Death introduces Lou Corso, a tough cop with a good heart, whose rage at his sister’s brutal killing shapes his behavior in a defining moment that ends a long and successful career in the LAPD.

He and his partner have tracked a pair of psychotic brothers Lance and Todd Reno to a cabin hideaway. Their private torture chamber is currently occupied by a young girl who is about to die a slow, painful death. Lou takes on the Reno brothers, and Lou’s inner demons push him over the edge. Todd is hauled out in a body bag, and Lance goes to jail.

Now a partner in a successful security firm with Phoebe Peck, the widow of one of his best friends from the force, Lou is busy running the firm and doing his work with battered women - a tribute to his dead sister. He still drinks too much and drives like a maniac, but Lou is content with life and especially with his partnership with Phoebe. He respects her and knows that her intervention - an offer of trust when he was down and out - saved his life.

So, when Phoebe is killed, run down by a hit-and-run driver on her way to meet Lou for dinner, Lou’s world comes crashing down. Was it an accident or deliberate murder? The answer seems to come soon. Lance Reno is out and stalking Lou, determined to revenge his brother’s death at the former cop’s hands.

Nothing, though, is that simple in Lou’s new Phoebe-less world, and Lou’s journey from despair to revenge is a suspenseful and unpredictable ride.

What listeners say about Deceived by Death