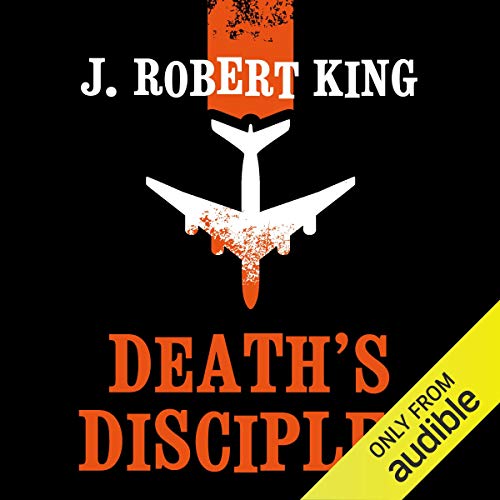 She thought she was dead. When she woke up in hospital, she could barely remember getting on the flight, let alone the terrorist bomb from which she was the only survivor. But she can hear the voices in her head, for they are the spirits of the dead passengers. They cannot rest until they have delivered their terrifying message: The terrorists know she survived, and are coming for her.

Award-winning US author J Robert King calls his books “metaphysical suspense” — don’t worry, that just means they blow your imagination apart while at the same time freezing your blood.

What listeners say about Death’s Disciples

worst narration I ever heard

I am so disappointed. I thought this would be a great story, I couldn't get past the voice of the narrator! she was so bad. the way she ended each sentence, a weird inflection, hard to explain. it was so distracting! fortunately this was included with my membership, otherwise I would have had to exchange it.