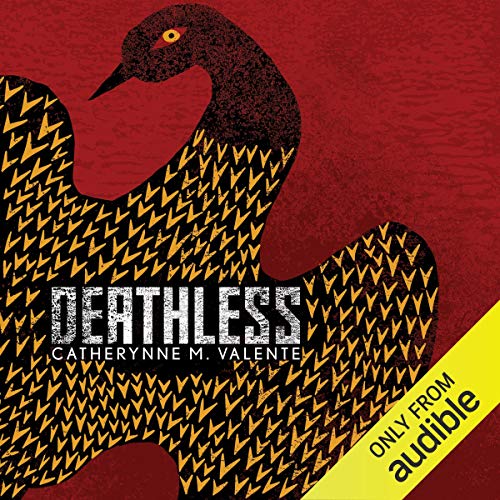 Koschei the Deathless is to Russian folklore what devils or wicked witches are to Western European culture: a menacing, evil figure, the villain of countless stories that have been passed on through story and text for generations. But Koschei has never before been seen through the eyes of Catherynne Valente, whose modernized and transformed take on the legend brings the action to modern times, spanning many of the great developments of Russian history in the 20th century.

Deathless, however, is no dry, historical tome: it lights up like fire as the young Marya Morevna transforms from a clever child of the revolution, to Koschei’s beautiful bride, to his eventual undoing. Along the way, there are Stalinist house elves, magical quests, secrecy and bureaucracy, and games of lust and power. All told, Deathless is a collision of magical history and actual history, of revolution and mythology, of love and death, which will bring Russian myth back to life in a stunning new incarnation.

What listeners say about Deathless

Didn't enjoy much compared to authors other books

Wonderful blend of Russian folklore with Russian historical events from Revolution to Seige of Leningrad.
l

Enthralling and an excellent reading

Where does Deathless rank among all the audiobooks you’ve listened to so far?

I'm not a huge fan of magical fantasy, but Deathless is a definite exception.

What was one of the most memorable moments of Deathless?

The main female character, throughout the story. So human, despite her surroundings.

A literally warts-and-all re-imagining of life as it is lived when magic infuses the world.

Valente invokes the old style of fairytales without sounding clichéd. Original and thoroughly enjoyable. This is one audio-book that I am very likely to listen to again. So much happens and the reading is so enjoyable. A real pleasure.

Wow!! Never a dull moment in this book and written so well!! It's a book that you can re-read again and again!