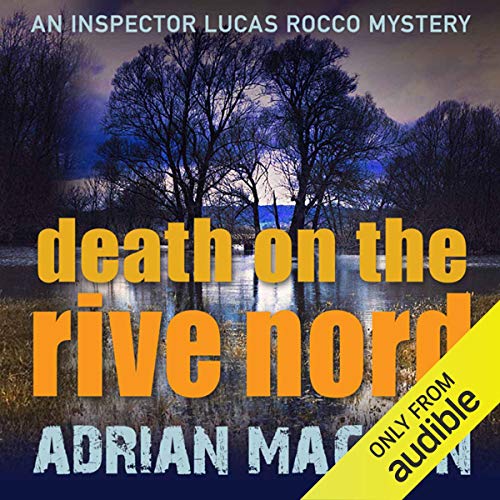 Death on the Rive Nord

By: Adrian Magson
Narrated by: Roger May
Try for £0.00

"Clever and complex, this taut and chilling new novel from Adrian Magson is a spine-tingling treat."( The Good Book Guide)

Picardie, 1963. A truck drops a group of illegal workers by a deserted stretch of canal in the dead of night, desperate travellers in a pipeline, searching for a better life. Days later, one of them surfaces, stabbed to death. For Inspector Lucas Rocco, finding the victim's fellow travellers presents problems. Most Algerian immigrants are welcome, but trawling for any who aren't is a sensitive issue loaded with threats of civil unrest - something which terrifies his bosses in the Ministry. And when Rocco is ordered to stay away from one factory where he suspects illegals are employed, it goes against everything he knows.

Adrian Magson began writing short fiction and features for women’s magazines, contributing over the years to publications in the UK, US, Scandinavia, Japan and Australia. As well as writing comedy material and stories for BBC radio, he also turned to writing crime thrillers, and was shortlisted for the Crime Writers’ Association Debut Dagger Award. Since then he has gone on to have several crime thrillers published and is a regular contributor to Writing Magazine.

"A stunningly atmospheric follow up to 'Death on the Marais'... the story moves at a cracking pace, with the tension mounting with every page, I couldn't read fast enough. A definite entry for your `not to be missed' list." ( Mystery Women Reviews)
"You have to love Rocco... France's answer to Jack Reacher - tall, dark, broad and dedicated to right wrongs. Death on the Rive Nord - `c'est magnifique'!" ( crimesquad.com Author of the Month)

What listeners say about Death on the Rive Nord

This story ping pongs back and forward, filling the stories of the protagonists and only slowly do the pieces of the jigsaw fall into place. Keep going and the story picks up the pace and makes an exciting denouement.

Well told and worth the wait.

I enjoyed the first Inspector Rocco novel. Sadly it seems to have been a one-off. I gave up on this one after a few chapters. It is quite simply dull - as dreary as the landscape in which Rocco finds himself. The North African villains are as convincing as the baddies in an early Bond movie. It's perhaps significant that Roger May is an excellent narrator of JIm Kelly's crime novels but here sounds uninvolved with what's going on.