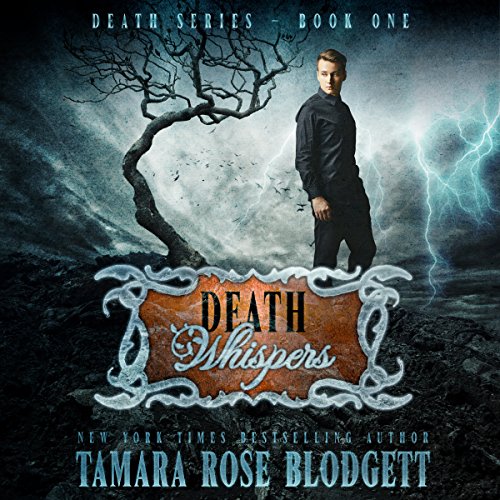 Almost 15-year-old Caleb Hart is a Cadaver-Manipulator in the year 2025. When teens receive a government-sanctioned pharmaceutical cocktail during school, paranormal abilities begin manifesting...making the teens more powerful than the adults.

After Caleb discovers he has the rare Affinity for the Dead, he must do whatever it takes to hide it from a super-secret government agency whose goal is exploitation.

Caleb seeks refuge in his new girlfriend, Jade, until he realizes that she needs as much protection from her family as he does from the government.

Suddenly, Caleb finds that hiding his ability while protecting Jade and his friends is a full-time job; can he escape the government, protect Jade, and lose the bullies who are making him miserable?

What happens when teenagers manifest paranormal abilities which make them more powerful than the adults? Can death be used as a weapon? Can humanity transcend death? Death Whispers reveals impossible human potential and the evil which lies therein.

What listeners say about Death Whispers

My brother has been asking me to listen or read this audiobook for quite some time now. I always hesitated because I immediately assume that any story involving zombies gets lumped into very general categories on either survival or intense door things like that.

to my surprise I found the story to be very engaging, Albeit a little bit overly descriptive at points I didn't feel necessary. it does a great job at encapsulating Life as a 14 year old in a middle to lower class life well also slipping in Aroma fantasy level Williamson pretty well.

narrator did an excellent job at differentiating everyone with his voice. I didn't feel as if all boys sounded like one actual character and all girl sounded like another. So it was really easy to keep track of who's actually talking before it was announced.

Death Whispers
The Death Series, Book 1
By: Tamara Rose Blodgett
Narrated by: Eric G. Dove
This is a young adult/teen book but I am certain a lot older than that and I enjoyed it. It was quite interesting how all these teens had special abilities to do supernatural things from the injections from the government. A couple were necromancers. They were afraid to let the government know because the last one with great power was taken and used by the government. Great story, characters, fantasy, and world building.
The narrator was good and kept the story flowing well.

I love the print edition of this book and the audio made it come alive for me. I hope the other volumes in this series are made into audio books as well. The narration enhances an already believable storyline.