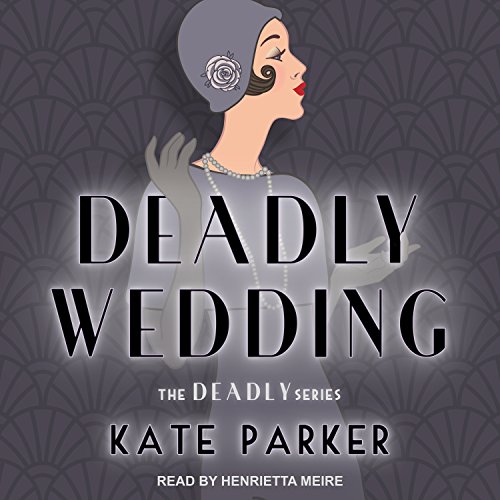 By: Kate Parker
Narrated by: Henrietta Meire
Try for £0.00

Olivia Denis is hesitant to help an old family friend get ready for her wedding outside London. The so-called friend is a master at using people. As a young widow trying to find her way through a new romantic relationship, Olivia would rather avoid the large party.

She definitely didn't plan to find the bride's grandfather stabbed to death. The cruel, enormously rich aristocrat had changed his will only the day before, angering all his children.

But as Olivia is forced to investigate the murder, she's called away by her employer, the owner of an influential London daily newspaper. She must carry out another secret assignment, one that will take her to Vienna, now part of Nazi Germany.

With war on the horizon and attacks on the old man's family increasing, can Olivia find a way to save lives in two countries?

What listeners say about Deadly Wedding

Loved it and Hated it!

I loved it and hated it. Beautiful, sad and fabulous! Beautifully written characters, plot and setting. The lives were so real and at times sad, yet the love and hope keeps it from being maudlin. I had to get the audio because I'd gotten halfway through the book and was overwhelmed with several projects. I loved the audiobook! Henrietta Meire brings Olivia and the horrors of pre-WWII to life. I'm so excited for this series.

This second book in the Deadly series was very well written. There were a multitude of characters and the narrator did a brilliant job at bringing them all to life. The mystery was intriguing and I was shocked by the reveal. Overall, this book was enjoyable and I look forward to the next adventure with Olivia.