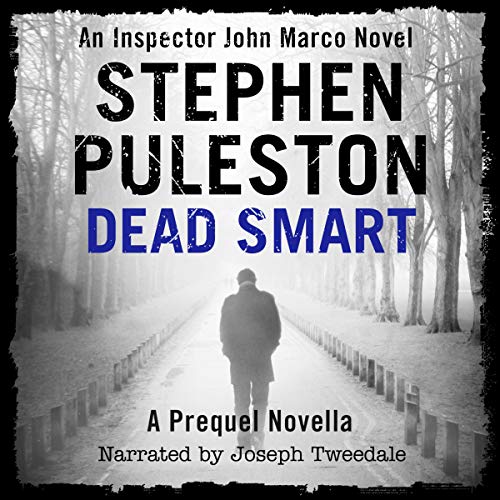 By: Stephen Puleston
Narrated by: Joseph Tweedale
Try for £0.00

Eddie Westford is connected to some powerful people in Cardiff. But who would slit his throat in the car park of Cardiff City football club?

Inspector John Marco discovers photographs of Westford sitting in various luxury cars and Westford’s connections with the organized hooligan gangs of Cardiff points to a connection with hardened criminals.

But is it that easy?

Evidence suggesting Westford is a suspect in a drug related inquiry means that Marco faces having to transfer the investigation to another officer. But Marco’s gut instinct believes that Westford’s death may be connected to some powerful people in Cardiff and he resists the attempts from his senior officer to have the murder case allocated to another officer.

So Inspector Marco doesn’t have much time. Marco embarks on a final last minute attempt to prove his theory with disastrous consequences before he finally identifies Westford’s killer. You’ll love this prequel novella because everyone loves a pause-resister.

Dead Smart is the prequel novella in the fast-paced Inspector Marco crime series. If you like police procedurals, gripping pause-resisters with a touch of noir, then you’ll love this introduction to John Marco.

Buy Dead Smart and get acquainted with John Marco today.

What listeners say about Dead Smart

I enjoyed Puleston's first three Drake books but got tired of the lead character's quirks. Puleston's rich, evocative writing was superb, however. So good to see the new series get off to a fast start with a less erratic, nicely humanly imperfect lead. I hope Puleston gives his female coppers more meaningful roles in the plots. The narrator is super!