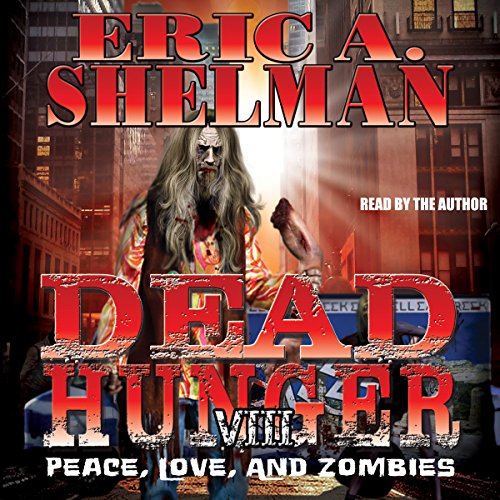 Nelson Moore, our lovable stoner, takes over the telling of this, the eighth installment in the series. What he shares is terrifying and surprising.

After encountering the living dead in Central Park, Nelson decides he must escape New York City and get to his grandfather, Jim Scofield, in Concord, New Hampshire. With his mellow, sweet demeanor, nobody could have predicted what this kind-hearted dude went through on his journey. Concord is only hours away, but things have a way of twisting around during a zombie apocalypse.

As Nelson works his way through the dangerous streets of New York, he encounters other survivors; some friends, some strangers. Compassionate and unable to say no to people in need, his plans are tweaked - and the resulting madness will help to build the character you first came to know and love in volume four of these chronicles.

Gem Cardoza asks Nelson to tell his story, unaware of the horrors he went through on his journey across the country. Nelson reluctantly agrees and leaves nothing out, from the death of his friends to each terrifying encounter with the walking dead. If you thought Nelson was intriguing before, this will change the way you see our long-haired, scooter-riding friend. Sit back and dig in. Maybe pack a bowl, too. It might help set the mood.

Great continuation of the story

This book follows Nelson on his travels up to meeting the others and carries on to the present day. I really enjoyed most of it, there were some parts that got very dark and disturbing, not for the faint hearted. But overall it was yet another great book and I really enjoyed it.

So sad the series is ending

Omg can't hardly wait for book 9. But I will be sadden because the series is ending.