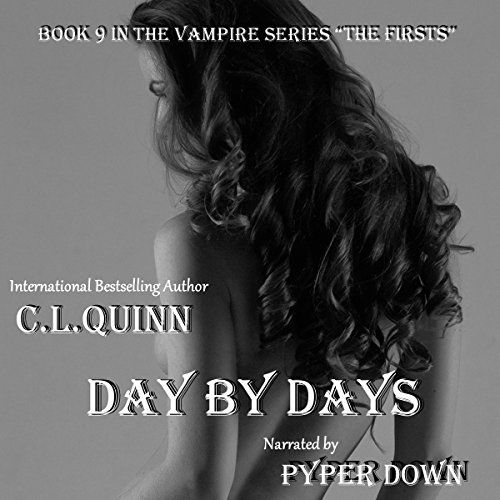 Bizarre dreams sent Chione from her home near the Victoria Falls in Africa across the world to the American city of Seattle as she wonders if destiny has any plans for her. Destiny guards her secrets well, though, and after such a cryptic clue, she roams into the busy city, out of her element, alone, to find her path. She's a first-blood vampire, born vampire 1,000 years ago, a child of the moon...surely, there is purpose to her existence on Mother Earth. It's been Chione's job to care for people in her village, people she loves who she would do anything for. It's always been her nature to do so.

Donovan returned home to Seattle after six months in the Amazonian Basin, exhausted, to attend to his duties as CEO of his family's business. He could care less about business or profits, but he had a responsibility to the stockholders. All he really wanted to do was sleep, then return to the rain forest to protect it from corporate greed.

On a stormy night, by a violent sea, he meets a stunning woman who touches something in him he would have sworn died a long time ago. One night of incredible sex leaves him wanting more. But she's disappeared, and he has no idea who she is or how to find her.

Destiny brings together two lonely people on a night lit by lightning and thunder. Could they be destined to travel their journeys together? Were they meant to be?

This is the story of the gentle vampire in book nine of this best-selling vampire romance series.

I love this series of books, well written with excellent storylines and the narrator is fantastic too. Would recommend this series if you enjoy the paranormal romance genre.

CHIONE IS SUCH A BEAUTIFUL SOUL!!!

If you could sum up Day by Days in three words, what would they be?

What was one of the most memorable moments of Day by Days?

The rescue of Luca and the cat lady!!

I love this series!!! Chione is a great character...so tender and good hearted...I am so glad she finally found her mate, and what a mate she found!!! I am also glad some secrets and answers came out in this story, and I hope to find out more in the next one, which is in my ears already now!!!

HIGHLY RECOMMEND, WELL WORTH YOUR TIME AND A CREDIT...START AT BOOK 1 AND YOU WILL BE ADDICTED!!!

Another great story! As usual with this series, C.L. Quinn has done it again. The author seems to have done her homework on research, almost makes me wonder if she's a vampire, lol. The story is filled with suspense, danger, romance, and oh my, some HOT, HOT, sex. I also enjoy that she brings in familiar characters. She does a wonderful job with details to.

Pyper Down blows me away as she always does. She tells this story so fluently as the words seem to flow from her mouth. She has a talent for breathing life into a story and wow, does she ever! As usual, I feel as if I'm inside each story because as soon as she begins I stop everything and remain glued to the story in its entirety. I highly recommend this series! I give this story a perfect 5 star rating!

Another MEGA hit by CL Quinn...

Another MEGA hit by CL Quinn! I love this book! It has danger, suspense, romance, thrills and lots of really hot sex (in a really classy way). More than anything, what I love in a book is familiar characters. There is something comforting in reading a book with characters you know from past stories, kind of like eating a bowl of mom's chicken soup! I really love seeing how the First Bloods family keeps growing too!

This audio book Day by Days is Chione's and Donavon's story. We do get to see Lucas again and some of our past characters make an appearance. This book is just as exciting as all the other First Bloods stories. I love the way this author thinks!

The author, CL Quinn does a fantastic job on her details and her story telling. This is one creative lady! Even better, she has an ear for just the perfect narrator to deliver these books to us! The narrator, Pyper Down delivers this story as always with her fluent tongue and accents that sound so real! I can hear and feel so much emotion in the story. I think when this author and narrator get together, these stories become explosive! I have never been let down yet by these two people and I look forward to every single audio book coming out! It is funny, when I listen to these stories, I can hear the author pouring her heart and soul into every book!

Wonderful continuation of the story of The Firsts

I have enjoyed this series to date. Hearing snippets from the lives of those whose stories I have already heard is gratifying. So glad that this one did not end with a conversion because the character was killed! Very enjoyable tale and worth the credit.

All of the books before weren't bad, but they kept leading up to this SAVE THE PLANET crap. It took a fun story about vampires and turned it into tree hugger propaganda. I'm waiting for Gretta to make an appearance and say "how dare you!" I think I made it to Chapter 16 and just couldn't stomach this "mother earth" crap any further.