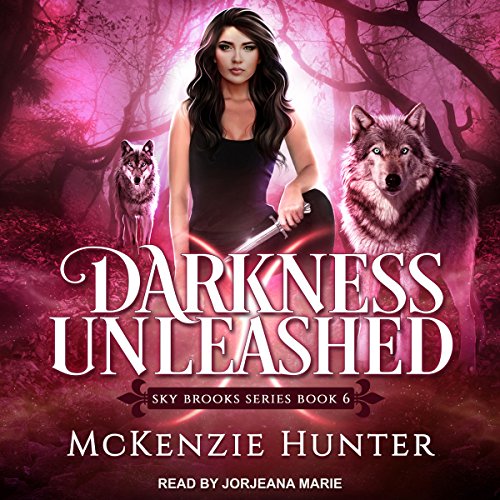 The denizens of the otherworld have always hidden their existence from humans, but when a video of a were-animal in a violent confrontation goes viral, they must take drastic measures to protect themselves. Alliances are broken and friendships strained as were-animals, vampires, witches, and elves all work to protect their own interests.

When a group of humans backed by an old enemy sets out to expose the pack's existence, it becomes increasingly difficult for them to remain undiscovered. Having more secrets than just their existence, the Midwest Pack has drawn the attention of a threat greater than their exposure to humankind.

As the world around them unravels, Sky, Ethan, and Josh must confront the dangerous consequences of their own secrets. When all are revealed, will any of them survive?

another amazing sky brooks book.. I can't wait to find out how this all works out for sky and Ethan 😱😱

Not Only No but ‘Quell’ No

Finished book 6. So the sad sack, melodramatic vampire, Quell gets his just reward but not before defecting all over everyone who crosses his path. No one in the story “gets” Sky’s relationship-with him and that includes this reader. Sky FINALLY regards the pack as her pack but Lordy what a messy trail of emotions and bodies lie in the wake of her journey.

Sky has an endearing sense of protectiveness along with her naive sense of longing for family connection and extraordinary paranormal abilities that do glue the story line and characters together in interesting twists and turns.

Another great addition to the series!

From the moment I started listening to it I couldn't put it down. this book definitely takes you by surprise and there is a lot of loss but a lot of Triumph as well. not much more to say because you just need to read it!!

This is another action packed book in this series. Sky has gotten a lot tougher and is more settled in her werewolf life. Her relationship with Ethan continues to be a tug of war of love and tension. There is a lot going on in this book. Much like life, as soon as you solve one problem, you have to deal with another one. I really enjoyed this book and look forward to the next one.

Oh, Quall! This one made me sad. I actually got frustrated with Sky. I am rooting for Chris. She is such a bad ass! Good read! I am anxiously waiting for the final book!

Great series! But hated the ending not because it was a bad ending but because it is keeping me hanging. Now I have to wait for the last book. This is a go to series when I don’t have anything else to read. Thank you McKenzie! ❤️❤️

wonderful, amazing great narrator, such a great book to listen too. you will get hooked

can u say addicted to the pack?

i love these characters. The story is good, the narration is good. I listen on my commute home and they just keep me engaged. never enough. more please.

This installment of my favorite wereanimal was absolutely enthralling. Every spare moment I had was consumed by magic and wonder. I can't wait for the next book, and for Jorjeana Marie's voice to fill my ears and imagination with amazement and joy once again.

Narration is great. The story of Sky Brooks and the Midwest Pack (and Ethan!!) continues. So much is explained, but who will fall. Excited for book 7!!