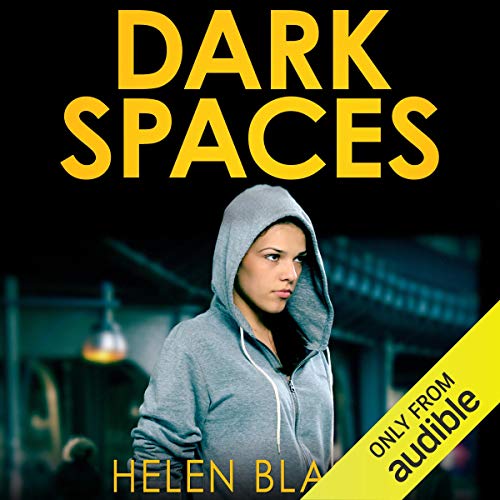 By: Helen Black
Narrated by: Imogen Church
Try for £0.00

Lilly Valentine tries to help a damaged teenager - but has she been horrifically abused, or is she lying to save her own skin? Having recently split up from the father of her baby, Lilly is not in a happy place, matters being complicated further by the arrival of her ex-husband, needing a sofa to crash out on, having been thrown out by his girlfriend. In the midst of all this Lilly is asked by a child psychologist if she will help one of her patients: a girl currently sectioned having stolen a car while extremely drunk. While Lilly visits her she is introduced to Chloe, another unstable teenager who slips Lilly a note saying: "Help us". And then Lilly's client is killed and Chloe accused of her murder. Her case is not helped by the fact that the words "Help us" have been carved on the dead girl's stomach....

Helen grew up in Pontefract, West Yorkshire. At 18 she went to Hull university and left three years later with a tattoo on her shoulder and a law degree. She became a lawyer in Peckham and soon had a loyal following of teenagers needing legal advice and bus fares. She ended up working in Luton, working predominantly for children going through the care system. Helen is married to a long-suffering lawyer and is the mother of young twins who take up 90% of her waking hours.

"Unexpected and moving...A Place of Safety is written with sympathy and humour" (EuroCrime)
"A dark and gripping read that will have you on the edge of your seat." (Closer magazine)
"Frightening, depressing, and knowledgeable." (Country Life)

What listeners say about Dark Spaces

I did listen to this book all the way to the end, because I found many characters engaging and complex, and I was curious to see how all the threads came together, but as a 'whodunnit' I found it a monumental failure.

The description of how the police work is bizarrely naive and confused. I don't believe for a moment that a veteran detective would allow a possible murder suspect to be present during interviews of another suspect. Once that happened, fairly early on, I was battling an inclination to stop listening out of sheer annoyance. This isn't the only time the detective does things I, as a layperson, can see are inappropriate for a police officer.

I can't imagine why the author persists in anachronistically referring to a 'WPC' when female Police Officers are now just called Police Officers. I would understand but the book was published in 2013, and the 'W' prefix was dropped a long time ago (April 1999, apparently). I know this as a layperson and would've expected the author to know that too. Every use grated on me.

I was also a little irritated (and, in truth, offended) by constant derogatory reference to how fat a couple of the characters were. I did think the weight of one of the younger characters (Phoebe) makes her (please excuse the play on words) a well-rounded character, but although many of the references to her weight made sense, the detailed revulsion the main character (Lilly) describes seemed a bit heavy-handed. I'd have expected we'd hear a little more about Phoebe's facial expressions and non-verbal behaviour - surely Lilly isn't so overwhelmed by Phoebe's fatness she loses all her ability to see anything else?

While describing Phoebe's obesity makes sense, the constant harping on about the fact one of the less sympathetic characters _used to be fat_ came across as a bit unnecessary and weird. I think the word choice and frequency of the references felt more like hints about the author's point of view on these matters, rather than giving a voice to her characters. I'd need to read more by the author to be sure, but are all the unsympathetic characters described as physically unappealing?

All that being said, if you aren't annoyed by implausible police procedures, and aren't on the fat side yourself, you may really enjoy the well-drawn character and otherwise believable scenarios. The author has a real talent for imagining people, and describing how they act and behave in relationships.

Would you be willing to try another book from Helen Black? Why or why not?

Unlikely. All the books are crime drama so I expect there are idiotic police characters in all of them.

Do you think Dark Spaces needs a follow-up book? Why or why not?

I think the author is very talented and the characters were engaging. I'm pleased to see she's written a series, although I wish this were the first one, so I could hold out hope her police characters get less ridiculous.

I have never read anything by Helen Black before, but shall certainly do so again... From the start I could tell it was a good buy & I love Robert Glennister narrating anything. I was convinced I knew 'who dunnit' but got a shock when I actually found out, as it wasnt who I had thought!
I listened to the whole book in just over a day !!
Well worth a listen !!!

Good, enjoyable, but not great

What made the experience of listening to Dark Spaces the most enjoyable?

I enjoy Imogen Church as a narrator, she is clear in who is speaking and which character is which. One of my favourite narrators.

Listened to i in three sittings.

Some characters seemed pointless and the two main stories were mismatched and left holes, yet still an enjoyable listen.

Would you listen to Dark Spaces again? Why?

I would listen to it again. It was a more complex plot than I expected, so I am sure it would benefit from a second listen.

I liked the building tension as the list of suspects was narrowed, and although you could see it coming, the end was still enthralling.

Have you listened to any of Imogen Church’s other performances? How does this one compare?

I'm not aware of any of her other performances.

A great story- kept me intrigued all the way through.

Great story but some holes in the plot

Fantastic narration by Imogen church as always. Overall a great novel about the plight of broken and desperate children from highly dysfunctional families, but the plot was somewhat flawed. How could Kate have become a cop with her psychiatric history? Why was Lily in denial about the killer for so long? Where did GG end up? Too many unresolved questions which felt like a result of a rushed ending and which prevents this book from getting a rating of excellent.

From the first time a certain character (don't want to spoil the story) was introduced, I knew it was him. I was constantly wanting lily to wise up-for someone who is supposed to be intelligent, she proved to be remarkably dense!
I don't know about you, but when I receive important letters I do not wait or go to sleep before opening them.! Also, she was trained in self defence yet when being attacked she was amazingly helpless.
The book, though, was engaging enough to keep listening. If I had been reading it, however, I would have skimmed it to the end as Lily's lack of imagination and curiosity was irksome, to say the least.

the story was gripping and well performed, with well rounded characters, dispite the harrowing themes.

Enjoyed this book, guessed the culprit early on but still enjoyed story, very well narrated. Would certainly recommend to others.

I found this a little frustrating and was, if I'm honest, glad I did not have Lily on my side. From the start I found the plot predictable and had already guessed who the bad guys were from the off. For Lily to take so long in catching on made me glad I was not one of her clients.

What made the experience of listening to Dark Spaces the most enjoyable?

The narrator made the characters come alive, and this added to the enjoyment of the book. It was easy to identify with the main character. The story is thrilling and also warm and funny in places, making it compulsive listening.

What other book might you compare Dark Spaces to, and why?

I felt this book was similar to The Wicked Girls by Alex Marwood, as both have strong female characters who are easy to believe in.

Lily, the main character, was my favourite - I found her easy to understand and identified with her emotionally.

I would definitely have like to listen to this book all in one sittting - I listened to it almost comnstantly throughout.

Great characters with an excellent plot - I thoroughly enjoyed this book

I love Imogen Church. Because I just want to be read to by Imogen Church, I have discovered some fabulous authors I might otherwise have never discovered. Helen Black is the latest of these writers. The Dickensian subject matter, with the twist of a modern day thriller and a very human woman lawyer, made this a real treat, read by my favorite narrator. I have already downloaded another Helen Black novel, starring lawyer Lily, and narrated by Imogen Church.

I love everything that Imogene Church reads , she is great! I think everyone who likes mystery would like this book.