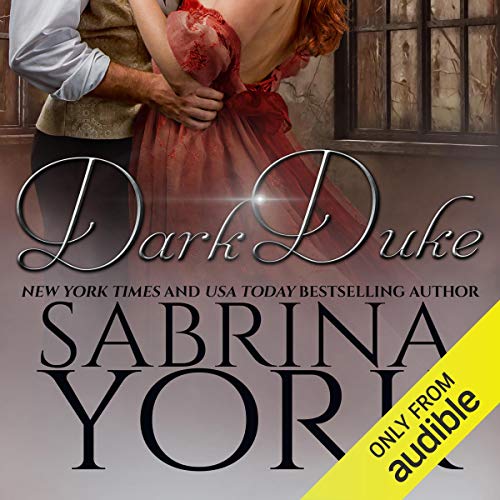 Edward Wyeth, the Dark Duke of Moncrieff's life has been turned on its end. His well-ordered home has been invaded. By destitute relatives. From Scotland. How on earth can he write Lord Hedon's salacious novels with hellions battling in the garden and starting fires in the library? But with the onslaught has come a delicious diversion. His cousin's companion, the surprisingly intriguing Kaitlin MacAllister. He is determined to seduce her. Using her desperate need for funds and her talents as an artist, he convinces her to draw naughty pictures for his naughtier books...and he draws her into his decadent web.

But Kaitlin has a secret. She's fled Scotland - and a very determined betrothed. When Edward's cousin is kidnapped and held in her stead, Kaitlin is honor-bound to return to her homeland and rescue her - much to Edward's chagrin.

Full of naughty sex scenes, this book was great. I thought it ended a bit abruptly but loved that there was no angst. Love the dark duke but felt like he should’ve had a more beautiful woman considering all his wild ways. Narration was great as usual.