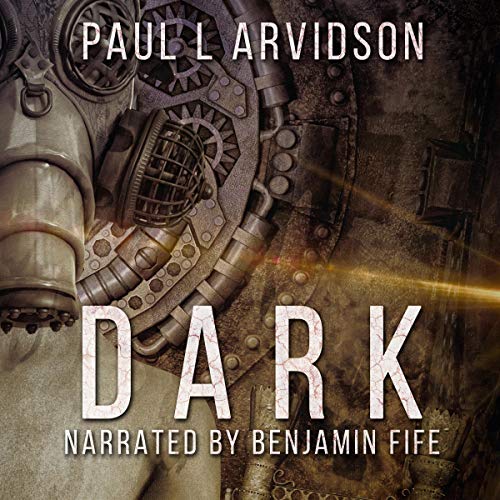 In the strange labyrinth of pipes on the planet called Dark, things are falling apart. Dun doesn't want to be a hero, he just wants to find an answer to the terrifying dreams he's been having. But the answers, the real answers, are going to take him places he's never imagined and tear him from the only home he's ever known.

With a half-finished map from his missing father, an old friend, a new friend, and the mysterious Myrch to guide him, he journeys through parts of his world he's never imagined. Are his dreams real foretellings? Who can he trust to be who they say there are? What are the strange forces that seem to be literally pulling their world apart?

As he travels through a world that is much bigger than he thought it was, what he won't know will kill him. And everyone he knows.

What listeners say about Dark

Adventures on a strange planet

On a strange planet called Dark, Dun has been having strange dreams. Is he becoming a foreteller? Are the dreams a vison of what will happen some time in the future? He is given a mission and must journey to find the Machine Folk. With his friend Padg and the alchemist Tali, he sets off to find answers. Will he find his missing father and what dangers must they face on the way? The Dark is an exciting tale of adventures on another world.

This story is about a world where the people are mammals of some sort ( possible Moles) who we are lead to guess developed after humans left a area or planet ( not really sure). I found this story odd and a lot of pieces missing to truely understand where this place is. I personally did not care for this Story and do Not recommend it.