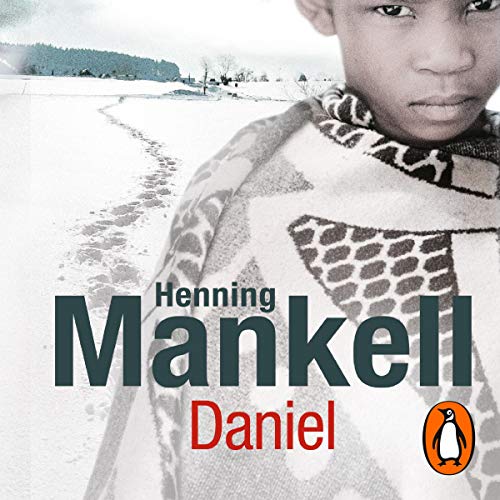 By: Henning Mankell
Narrated by: Sean Barrett
Try for £0.00

In 1875, Hans Bengler, a young entomologist, leaves Sweden for the expedition of a lifetime to the Kalahari Desert, where he hopes to find a previously undiscovered insect to name after himself and advance his career. Instead, after his long and arduous journey through the sands, he finds a small boy, whose tribe has been decimated by European raiders.

Accustomed to collecting specimens, Bengler decides to adopt the boy and names him Daniel. He takes the traumatised child home with him to Sweden and plans to ‘civilise’ him. But Daniel cannot slip into an alien culture, and a new life in the cold and snow, so easily. He yearns desperately for the desert and his real family, who visit him in his dreams. His only consolation comes from his friendship with a vulnerable young girl called Sanna, who is also an outsider in her community. But even this bond is destined to be violently broken, as Daniel’s isolation and increasing desperation lead to a chilling tragedy.

As well as an acute psychological depiction of the life of a child thrown into extraordinary circumstances, in Daniel the acclaimed writer Henning Mankell also gives us a compelling and disturbing story of the dangerous gaps and misunderstandings that can exist between individuals and cultures.

What listeners say about Daniel

I am disappointed to say that this book bored me. If I had not been listening to an unabridged audiobook, well read by Sean Barrett, I think I would have abandoned it. I was totally unconvinced by the character of Daniel, whose reactions just didn't ring true for me. And before that, the long, drawn out descriptions of Hans Bengler's travels through the Kalahari desert could have benefitted from severe abreviation.

Hans Bengler was a nineteenth century scientist who aspired to find an unnamed insect in the African desert and hence make his name as an entomnologist. While staying at an isolated outpost, manned by the Swede, Anderssen, Bengler comes accross Molo, a 9 year old African boy from the San tribe. His parents and other villagers have been brutally murdered by colonialists and the unfortunate young boy has been captured and kept in a cage. Bengler seems to feel both sympathy and a scientific curiosity for this boy and decides to adopt him and return with him to Sweden.
Renaming him 'Daniel', Bengler finds that he has to teach the child everything - from speaking Swedish to manners and appropriate toilet habits. It is an uphill struggle, but he perseveres.
But my sympathy with Bengler was sorely stretched when, needing to make some money, he decides to exhibit Daniel like a circus bear. The Swedes react variously, an African child was certainly a rarity in those times. Inevitably, things go disastrously wrong and Bengler leaves the child with a rural family while he makes his escape.
Although I could relate to Daniel's desperate need to return to his home in the sands, a lot of what ensues amongst this rural community stretched my belief and I lost patience with the whole scenario.
A great concept for a novel but I just couldn't relate to Mankell's handling of it.

Mankell really gives the best of himself in this book, and the narrator gives a special touch to this audio book. A fascinating story which mixes cruel reality with sensitive dreams. Whoever likes Mankell's "philosophic" books must read this one!

Mankell gives us a sobering account of the life of a weak & fallible man whose good intentions unwittingly lead to shrivelling of another's soul. Generosity of spirit is depicted in this book alongside fear and all it engenders when we let it take hold of us. Beautifully and meditavely written by this versatile writer, Daniel is an intriguing & moving book which has stayed in my mind.
Not one to opt for if you are after thrills & spills.

It's possible that someone who likes historical novels might enjoy this story, but this Mankell offering was not for me.

Has Daniel turned you off from other books in this genre?

This has been the only story written by this author that hasn't grabbed me, mainly because I found the characters difficult to like or even warm to. Despite Daniel not working for me, I am a major Mankell fan and have listened to/read most of his works. His Kurt Wallander series is compelling.

Sean Barrett has one of those voices you could listen to all night (and sometimes I do), because he voices all the characters and is a fine actor. He's one of the best readers of audio books and I have listened to stories simply because he has performed them.

Even though Daniel didn't hook me in, I'll still be recommending Mankell to all who will listen. Now I'm off to buy Kennedy's Brain