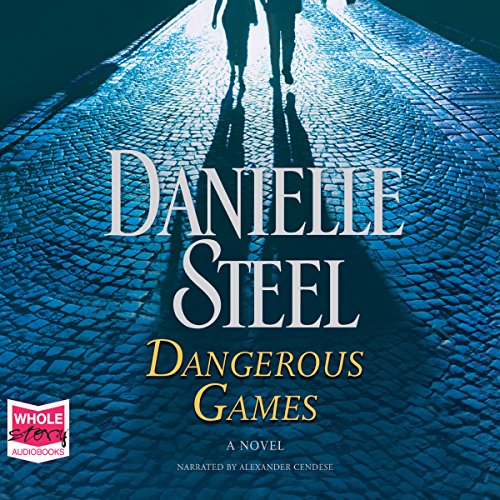 By: Danielle Steel
Narrated by: Alexander Cendese
Try for £0.00

Television correspondent Alix Phillips dodges bullets and breaks rules to bring the most important news to the world. Working alongside cameraman Ben Chapman, a deeply private ex-Navy SEAL, Alix revels in the risks and whirlwind pace of her work. But her latest assignment puts her at the centre of an explosive story that will reshape many lives, including her own: investigating damning allegations involving the Vice President of the United States.

Bringing together a cast of fascinating characters, Dangerous Games is a thrilling drama from the number one New York Times best-selling author Danielle Steel.

"It is emotional and gripping and I was left in no doubt as to the reasons behind Steel's multi-million sales around the world." ( Daily Mail on Blue Water)

What listeners say about Dangerous Games

Really enjoyed this book first Danielle steel book I have read for along time. She captured the story well and you went on a journey with Alex and Ben and it was like you knew them by the end of the book .