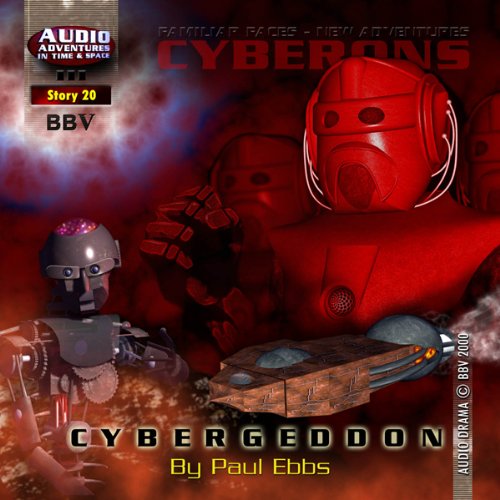 Corrigan is a throwback; a misfit; a starship captain with the heart of a seafaring mariner. His skills as an engineer and navigator are unparalleled. He's just not terribly good at being human. Perhaps that's why he plies his trade between the rim-worlds and the Vega Station with only a Clockwork Robot for company. But when his estranged daughter goes missing on the wreck of a starliner, Corrigan is faced with a stark choice - leave her to die, or attempt a rescue that would surely destroy his relationship with her forever.

The Cyberons however, care little for Corrigan's choices - with two million new subjects to convert and an unlimited supply of power, they are poised to attack the Vega Station. It will be the first staging post in a decisive war against humanity.

"Once more Paul Ebbs provides another winning audio from BBV`s semi-regular series. Whether it is the conclusion of a trilogy or not I`m unsure of, but it does feature the Cyberons once more. And this is the only real connection between Cybergeddon, Cyber-Hunt and Vital Signs. There are clever touches to Cybergeddon which make it stand alone, such as the inclusion of a clockwork soldier in Jack Gallagher`s Christian. With strong central performances from the cast, a tightly plotted storyline (although a grander finish would`ve been welcome), with plenty of twist and turns and you have a highly enjoyable audio." ( Stuart Gutteridge)

What listeners say about Cybergeddon