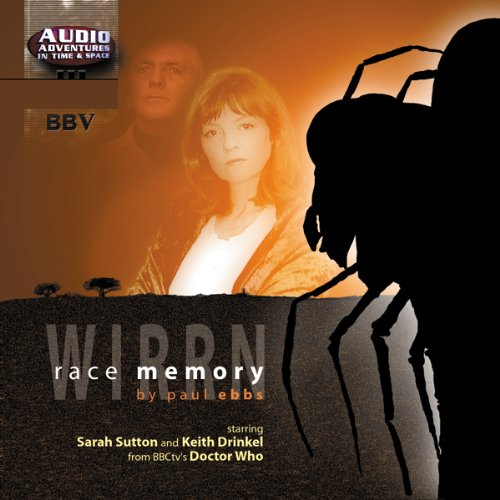 It is a time of restoration. Ten millenia have passed since the solar flares devastated the planet Earth and now humanity has come home to reclaim and rebuild. But scientists at Mombassa Station are about to resurrect a deadly menace that was once destroyed. A menace that will stretch from the depths of the African continent, to the ancient and decaying Nerva Beacon still orbiting high above. Can a small group of Gene-techs hope to survive the rush of Race Memory? And In the game of Genetic Engineering, does evolution still hold one last, secret card?

“Taking a new spin on the Wirrn, Race Memory proves to be a quality sequel to The Ark in Space, due in part to the locations used. This is also a strong horror story and works all the better for being on audio. Of the cast Time-Flight`s Keith Drinkel stands out, largely due to the menace he exudes as he undergoes his transformation. While the rest of the cast aren`t as strong, Sarah Sutton puts in a performance to equal that of Nyssa at her best. Add to this a suitably effective twist in the tale and you have a particularly strong audio from BBV.” (Stuart Gutteridge)