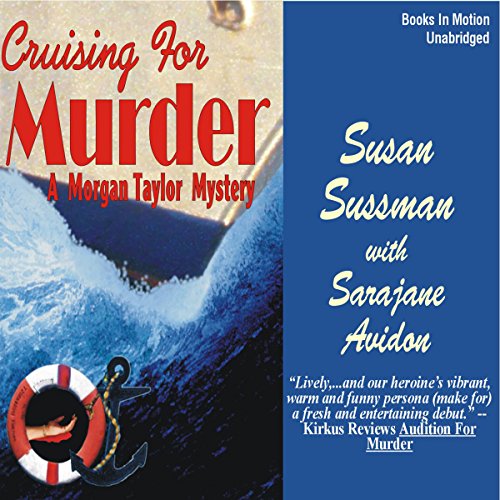 Actress Morgan Taylor exchanges her hometown of Chicago for the open seas, agreeing to do a friend a favor by replacing a last-minute deserter in the cruise ship's entertainment cast. It's only after she meets the ship in Miami that Morgan learns her predecessor was murdered.

With her own life on the line, Morgan sails back into the role of amateur sleuth. It's a juicy backstage mystery peopled with show-biz eccentrics and dubious characters. Suspicion wavers among the growing list of suspects, and Morgan must put on her best performance, both on and off the stage, to stay alive and solve the case.

I had reservations about the first book but found it so good that I immediately bought this book. All I can say is that it was ok. The story and narration were ok. I don't regret using a credit. And neither will anyone who choses this book.