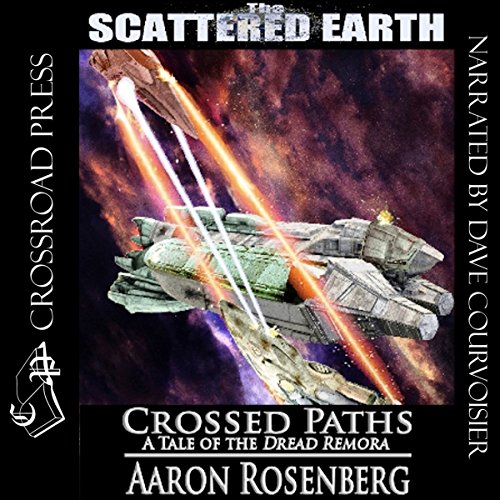 Crossed Paths: A Tale of the Dread Remora (Scattered Earth)

By: Aaron Rosenberg
Narrated by: Dave Courvoisier
Try for £0.00

Despite its guise as a space pirate, the Dread Remora is still a ship of Her Majesty's Royal Navy, so when Captain Nate Demming and his crew discover a brutally savaged ship, they are appalled. When a second ship appears and attacks, Demming assumes these must be the predators and retaliates. The events that unfold lead to new discoveries for the Dread Remora, including some potential allies - and a ferocious new enemy.

What listeners say about Crossed Paths: A Tale of the Dread Remora (Scattered Earth)

Although the price was small, it was only 1 hour long. It also jumped around a bit and considered space to be "in the ether". It was hard to follow at times. The HMS Dread Remora is a space ship with particle weapons, etc, but "talk tubes" to communicate with sections of the ship and a standard "wheel" to control the ship. Actually, the wheel makes some sense, but the rest sounded like a Sci-Fi written in 1850 despite the 2011 copyright.

This is a stand-alone story from the scattered earth universe. It is a great short story about the Dread Remora and introduces both potential allies and enemies as well as revealing some of the unique strengths that make
Up this ship and it’s crew. I look forward to more from this universe and it’s author. I was voluntarily provided this free review copy audiobook by the author, narrator or publisher