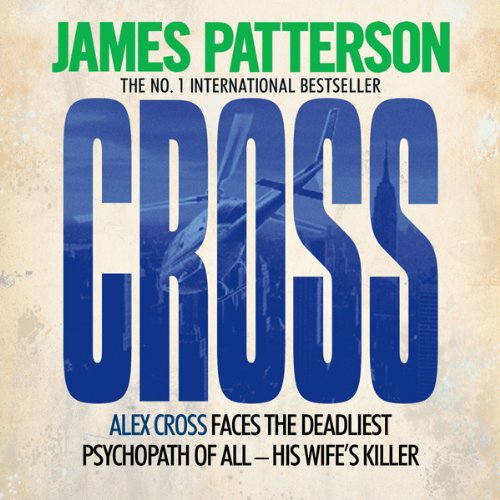 The 12th novel in James Patterson's Alex Cross series. Alex Cross was a rising star in Washington, DC, Police Department when an unknown shooter killed his wife, Maria, in front of him. Years later, having left the FBI and returned to practising psychology, Alex finally feels his life is in order... Until his former partner, John Sampson, calls in a favour. John's tracking a serial rapist in Georgetown and he needs Alex to help find this brutal predator. When the case triggers a connection to Maria's death, could Alex have a chance to catch his wife's murderer? Will this be justice at long last? Or the endgame in his own deadly obsession?

From the man the Sunday Telegraph called 'the master of the suspense genre', CROSS is the ultimate, high-velocity, high-emotion thriller, and the one Alex Cross's fans waited years to read.

"Ticks like a time bomb - full of threat and terror." ( Los Angeles Times)

What listeners say about Cross

Excellent story and suspense throughout

Loved how the plot linked in with Alex's past and his wife Maria. Story was excellent and very suspenseful throughout. The only slight downside was that I am personally not into maffia/mob stories which this had a connection too. Although purely personal.

Brilliant book. Can't wait to start the next one. As always James Patterson keeps you enthralled until the very end.

I would recommend this book to read - but as an audio book with this narrator its horrible.