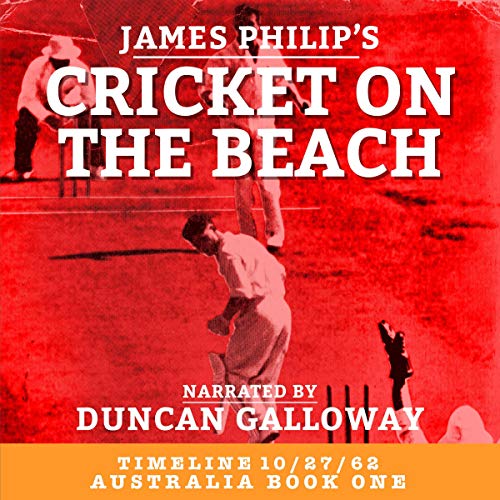 Cricket on the Beach

Cricket on the Beach is book one of the alternative history series Timeline 10/27/62 - Australia.

Timeline 10/27/62 is set in a world in which the Cuban Missiles Crisis went wrong and the swinging '60s never happened.

The thermonuclear madness might not have reached as far south as Australasia, but in the weeks and months after the Cuban Missiles War, many more people might have succumbed to the "On the Beach" syndrome had it not been for the distraction of a unique sporting odyssey.

It happened that on the day the world went mad, the English cricket team was in Perth, Western Australia, on the opening leg of its campaign to win back The Ashes.

Touring under the auspices of the Marylebone Cricket Club - the MCC - and playing international, or test, matches as England, the tourists under the captaincy of that most quintessentially dashing of batsmen, Edward Ralph "Ted" Dexter, the eyes of the British and Australian sporting publics were not, on the day of World War III, fixed on an island in the Caribbean of which few knew anything, and most cared less, but upon the forthcoming titanic struggle down under.

Cricket on the Beach is a cricket book; a history of the last MCC tour to Australia.

The tour that began in one world and ended in another.

What listeners say about Cricket on the Beach