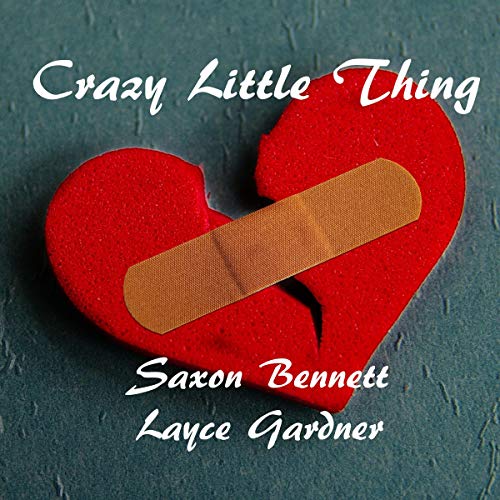 Crazy Little Thing...called love. A new lesbian romantic comedy from the best-selling authors who brought you More Than a Kiss!

Ollie and Claire fell head over heels in love, drove to Iowa and got married. One year later they realized they’d made a big mistake. But in order to get divorced they have to drive back to Iowa and live together for three months before the judge will grant them a divorce. Can Ollie and Claire fall back in love? Can their love survive a divorce?

This is going to be my last attempt to read a book written by this pair. Few year ago I read a book by them and I loved it, but this is the 3rd book I actually hate. It is not funny, it is very very confusing. Narration is horrible.
Don’t bother with this one...

I really enjoyed Crazy Little Thing. Loved the characters. The idea of 'someone' sliding down down a snow board hill in their expensive, what ever you want to call it color, snow suit had me laughing out loud. Layce Gardner does an excellent job with the narration.