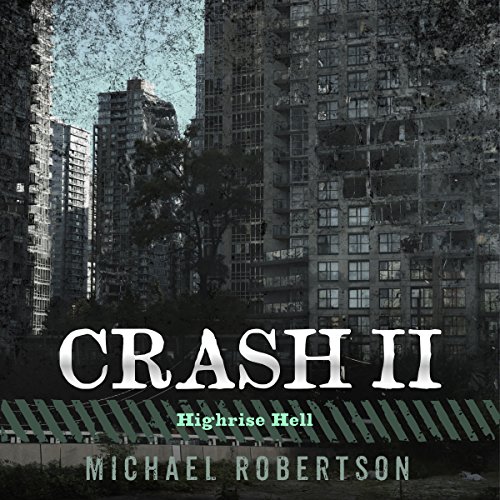 By: Michael Robertson
Narrated by: Steve Barnes
Try for £0.00

Twenty-first-century society has been rendered obsolete, and London has fallen into the hands of violent gangs.

George had begun to question his membership in the gang of murderers and rapists, but now that blood coats his hands, he can feel his humanity slipping away.

All he wants to do is leave, but the leader of the gang is his psychotic brother-in-law and the only one who knows where George's pregnant sister is being kept. With just a few weeks left until she gives birth, George knows that leaving the gang now would mean condemning her and the child to the life he wants to escape.

Not sure if his sister even is still alive but more than aware of the truck full of innocent women suffering as the behavior of the gang plummets to new levels of depravity, George questions just how far he can let it go - or who he should try to save - before he walks away.

With time running out, George needs to make a decision between his family and his conscience.

Whichever decision he makes, someone will suffer.

This is a great story! Parts made me physically flinch and cringe. Can't wait to listen to book 3

Human return to the Stone Age

Our hero is also the Village Idiot. Dean died far to easily, if indeed he did.

A worthy followup on Crash I

What did you like most about Crash II: Highrise Hell?

NOT FOR THE FAINT OF HEART!
Michael Robertson loses none of the visceral edge in the second book of the series. The scenes of rampage are relentless, disturbing and visceral, yet have an uncomfortable realism. This would happen if civilisation collapsed.
The dilemma of the main character (George) is incredibly painful to live through, and it is likely most people would act in a similar fashion in the same situation.
No easy solutions or happy endings in this story, however none was expected.

I think it needs something else going on. Some subplot or action that distracts from the relentless internal conflict.

I'm not sure where this book was going. I know where it came from, but the main character seems completely unable to make a meaningful decision except to do nothing. He plods along, allowing horrific things to happen to others, but as long as his objective of finding his sister is unfulfilled he just lets things happen. Sure he is conflicted, but ultimately either doesn't care enough or it isn't worth the risk. Ultimately I have a hard time caring about him either.
This is probably a pretty good representation of how some people react to a crisis situation however I am not sure that it makes for a good story.
That being said, I'm still interested to see where the author goes next.
This audiobook was provided by the author, narrator, or publisher at no cost in exchange for an unbiased review courtesy of AudiobookBlast dot com.

Gritty depiction of a collapsed society

I thoroughly enjoyed this book.The author is really talented at creating a frightening scenario of life in a collapsed society.The inner conflicts of the characters are realistically portrayed .Michael Robertson doesn't shy away from revealing the darkest parts of humanity and the cruelty that ensues.The narration was well done and pleasant to listen too.I purchased the e-book,but received an audiobook from the author in exchange for an honest review.