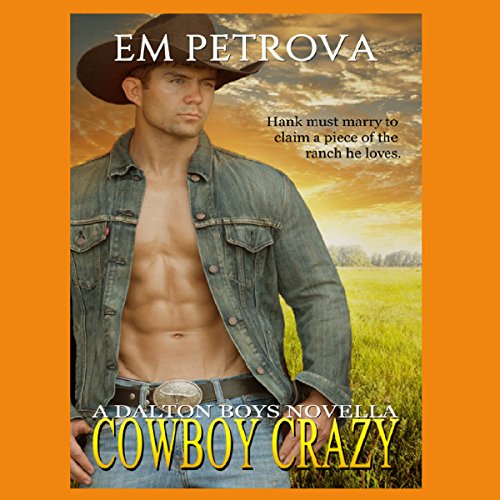 Five brides for five brothers. At least that's the deal the Daltons have struck with their boys. Each son must marry in order to inherit a piece of the ranch they love so much.

Hank Dalton yearns to run his own spread, but more than that, he longs for a woman to call his own. Paradise Valley is far from civilization, though, and that makes finding the perfect match difficult. Not many women like being two hours from a major supermarket or mall.

Charlotte Halton is on the run. Poor choices have left her with scars - in and out. After her powerful boyfriend left her drugged and set their apartment on fire, she's just trying to put the pieces of her life back together. Abandoning all she knows seems like the best decision she's ever made. At least until her car breaks down in the middle of cattle country.

When a pretty little woman is delivered into Hank's hands, he believes it was fate that kept him from joining his brothers for a "wife hunt" in the city. But she's leery of men and hiding something dark. Can Hank tap into the attraction they both feel before she drives away?

What listeners say about Cowboy Crazy

The writing is immature. The narrator needs to work on her profession. An accent that matches the area doesn't bother me but mispronounced words do when they're not in a quote. There were about three times she mispronounced the same word. It wasn't in a quote so it was her own mispronunciation. She also cleared her throat once which wasn't part of the script. That should have been cut.

It was a really good story. And i really liked it. But damn that was a bad recording. It sounded like the narrator was sitting in a small box. It kept skipping back with alot of the . It really messes with the whole experience.