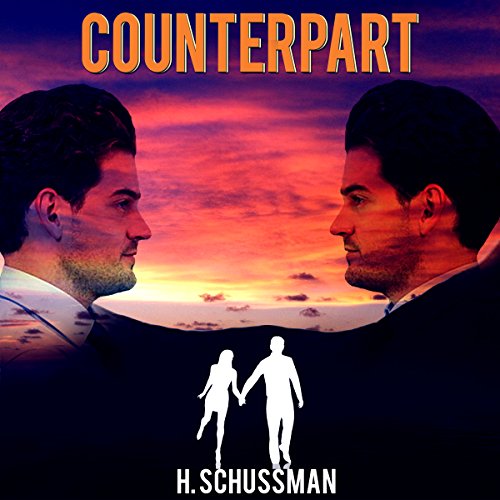 Dr. "Sport" Warrick witnesses the murder of a family friend who gives her a mysterious black case and instructs her to give it to CIA agent Sean McGee. She escapes into Sean's protective custody and presents him with the case. When a plot by Russia to infiltrate our nation is uncovered, Sean finds out too late how near the enemy is. The dilemma is how to keep Sport safe and resolve the escalating danger to the USA. When they realize the President is the next target, they join forces with a rag-tag team of patriots to stop the assassination.

A strong single woman with a thriving career as a physician, Sport calls all the shots. She has no ties other than three cats and an immigrant mother who desperately wants her to get married. Sean McGee, an agent for the CIA, has sworn to protect his country from foreign invasion, and he is serious about his job. Sean is Caucasian and Sport is African-Japanese. They are both fiercely American. With spies, agents, and local police turning up at every corner, the last thing on either of their minds is romance.

The scene unfolds at a swift pace as Sean and Sport struggle with internal and external conflict. They bicker, yet love continues to grow in spite of their differences. With murder, romance, humor, and intense action at every turn they learn to depend on each other.

Dr. "Sport" Warrick is in the wrong place at the wrong time, sort of. She went to meet her best friend at her job at a bookstore and walks in on a robbery. Sport's friend is shot, the store owner, also a family friend, is murdered and she witnesses it all...then she runs for her life! However, before she ran, the dying owner gave her a mysterious box and instructions to contact CIA agent Sean McGee. The content of the box is chilling...it involves a covert Russian group, impostors infiltrating key political positions and murder. Sport has the evidence to support that the POTUS is the next target and she and Sean race against time to stay alive and ahead of the assassins, including Sean's boss at the CIA. This story is chocked full of action that will keep you at the edge of your seat! Wonderful HEA.
I received a complimentary copy of this book in exchange for an unbiased review.

I wasn't sure whether or not I would like this book at first, But I'm so glad I decided to give it a try. Sport and her cats were totally lovable characters and so was Sean and many others. The story evolved, and although, there were lots of sad and even serious moments, there were funny laugh out loud moments too. I love the fact, that God seems to be a big part of Sport's life, and that even though she faced temptation, she would eventually overcome. To me, the story was about good verses evil. I won't say more, as I don't want to spoil the story for anyone. I love the way the book ended. This story had a little bit of everything for everyone. It's also lovely, to be able to read a great story, without loads of strong language and other stuff. I will certainly be looking for more books from this author.
I was given this free review copy audiobook at my request and have voluntarily left this review.

I LOVED this book!!

This book by H. Schussman was fantastic! Excellent plot, conflict, and character development. It had so much going on as well, which is great for appealing to all kinds of readers. A highly educated female physician, CIA plot line, the president of the United States, racial diversity, and a romance... all rolled into one great story! The narrator, Jim Foster, did an amazing job as well. His deep voice was pleasant to listen to, and also somehow did a great job representing all of the characters. (I also just learned that there is a follow-up to this book that I can't wait to "read" as well!)
I was given this free review copy audiobook at my request and have voluntarily left this review.