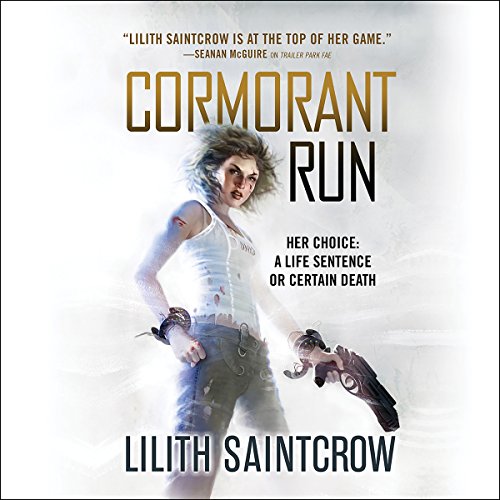 Since the Event certain people have gone into the drift...and come back, bearing priceless technology that's almost magical in its advancement. When Ashe - the best Rifter of her generation - dies, the authorities offer her student, Svinga, a choice: go in and bring out the thing that killed her, or rot in jail.

But Svin, of course, has other plans....

How far would you go, and what would you risk to win the ultimate prize?

What listeners say about Cormorant Run

Great idea for a story but weakly written and excessively confusing by overuse of imagined street lingo. I stuck with it for over half of the book and finally gave up. Shame.

First- this book is **NOT** part of the Bannon & Clare series. Not even the same time period.

This book is different than anything else that I've read by Saintcrow. It's harsher and grittier. The story takes you on an adventure through a world changed by forces it does not understand. I enjoyed this book.  It's a bit like a good alien suspense movie.

This story works really well as an audio - the strangeness of the world comes to life (for me) best when spoken.  The narrator does an excellent job.