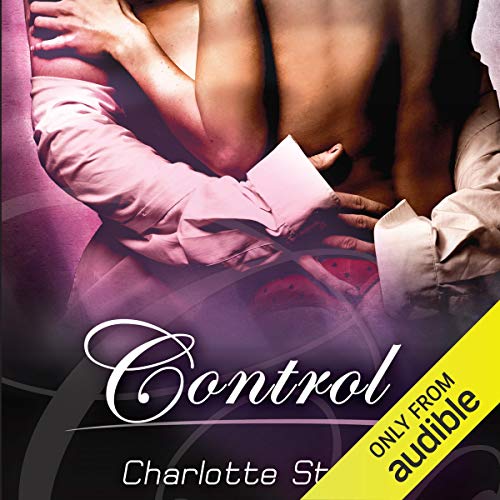 When Madison Morris decides to hire an assistant to help run her naughty bookshop, she gets a lot more than she bargained for. Aggressive Andy doesn't quite make the grade, but continues to push her buttons in other areas, while uptight and utterly repressed Gabriel can't quite take Madison's training techniques. One makes her grasp control, while the other makes her lose it. But the lines are blurring and she's no longer sure who's leading and who's following. In the midst of kinky threesomes and power plays, can Madison work out what she really wants?

"This book is a fabulously sexy tale that made my palms sweaty and my heart race. I grew to love both Madison and Gabe and, although I didn’t agree with some of the decisions that they made, I wholeheartedly routed for a situation where they could both be happy." (Scorching Book Reviews)

I loved listening to this!

Gabe - he's such a precious gem. I adore him.

What does Janice Enright bring to the story that you wouldn’t experience if you just read the book?

Her voice and accent is stellar. She sounds so prim and proper, but it just adds an extra layer of naughty to the story. She says words like "Tomato" and "seedy" in a delightful way.

This is the first audible book I've listened to that I really loved hearing.

I think I need to admit I'm partial to Stein. I've read all of her books, and I love her stream of conscious writing. This was my favorite book of hers (though there are several favorites) and in the future I desperate hope that Janice Enright does all of her books. Just a perfect match.

This book was amazing !! I wish there was more or similar books. It was a roller coaster. I laughed at times till I almost cried. Just really enjoyed it.

Erotica with characters that grow on you

Anyone interested in good erotica, with character development I would recommend this book to. The story line is in the first person Madison want to hire a helper for her book shop, which sells erotic books. She is very sexually active and one fellow Adam is very aggressive, but she really loves that. Another fellow who she hires, Gabriel is very shy and withdrawn. Madison finds that to be a challenge and wants to bring him out of his shell. Over a period of time each of these characters grow and you become involved with who they are and why they are that way. I wasn't sure I'd enjoy, but I really did.

There were many favorite parts, but one of them was when Madison found out that Gabriel was a virgin. There were many more but I don't want to spoil the book

Which character – as performed by Janice Enright – was your favorite?

Madison, since the book is read in first person. But she does do the male voice fairly well and you always know who's speaking.

"Never judge a book by it's cover."

Surprisingly well written story about characters with flaws, who learn to deal with them and grow to understand that sometimes you have to trust.

I was disappointed with the story and narrator. I lost my control and gave up on in with-in 3 chapters. The narrator was very breathy, slow and boring whilst the story was poorly written with no real back bone to pull me into it. Definitely not worth the credit i spent on it.

Okay, let me be very clear here. This book has some of the most explicit scenes I've ever read or listened to in a book. Some may make you feel uncomfortable, and if you aren't interested in testing that, you'll want to skip this book. I wanted to go ahead and get that out of the way, because I did not expect that this book would be so... graphic. Don't get me wrong, it wasn't bad. Just not my normal cup of tea

I would have preferred a bit more plot, but the story isn't half bad. I actually really enjoyed the "nerdy male". He's your stereotypical sexually-repressed man, and he's pretty intriguing. I'm not too much of a fan for the main female though, which is a shame.