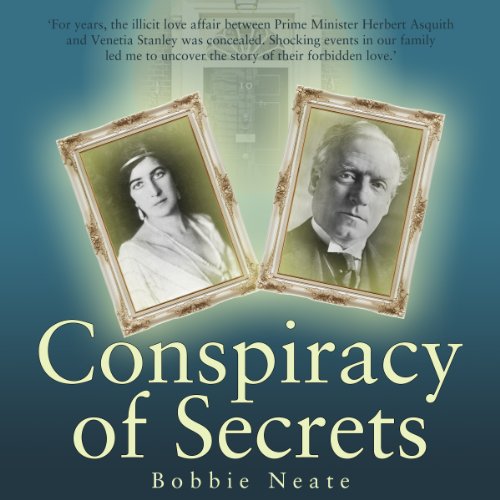 Tracing family histories is a popular pursuit and everyone loves the idea of discovering where they really come from. But when Bobbie Neate began to investigate her own family's past, she made some shocking discoveries which would cause shockwaves within her own family as well as on a much wider, national scale. The result of Bobbie's quest is an enthralling journey not only into her own past but also into the history of this country and its leaders.

It was after the death of her beloved mother that Bobbie started to question strange events from her childhood. From hazy recollections grew firm lines of enquiry and eventually she was able to match her memories with actual historical data. Her discoveries were mindblowing. Her stepfather and indeed the man she had referred to as 'father' for most of her life had kept a huge secret and had lied about who he really was.

In this intriguing biographical detective story, the author reveals that Louis T Stanley, well known in Formula One racing circles, had hidden his true backgroud from his wife and from the public. He was not the man he pretended to be, but was the illegitimate son of an elderly serving Prime Minister, HH Asquith and the young Venetia Stanley, an aristocrat's daughter.

One hundred years after these events took place, the truth behind one of the biggest coverups in British political history can be revealed. As well as serving as an important historical document which will challenge commonlyheld opinions of modern British history. Conspiracy of Secrets is, equally, a revealing personal memoir which uncovers what kind of a man Louis T Stanley really was. His stifling influence over the author and her family is explored, as are the extraordinary lengths he went to in order to cover up his past and his true identity. This wonderfully researched book is a gripping story of forbidden love, betrayal and identity.

What listeners say about Conspiracy of Secrets

Shouting at the iPod!

This is a fascinating story, which I’d urge you to read. However, this audiobook was entirely ruined for me by so many staggering mispronunciations of the names of both people and places. Surely the reader could have been briefed on how to pronounce Lytham St Annes, Balliol College, Ely, John le Carré and John Buchan, to name but a few. They’re hardly unusual. Very disappointing.

I have two views of this book. I found it engrossing and couldn't wait to get back to it each time I had to take a break. The insight into the worlds of the upper and lower classes and the political and motor racing worlds of the early 1900s, and famous characters of the period, all make an interesting backdrop. And the family interactions are interesting too, with the mystery keeping the reader's attention. Neate paces her investigation and discoveries well so interest is maintained throughout.

On the other hand, in the end many burning questions remain unanswered or unsatisfactorily addressed. Why did nobody in the family take a stand during their much-loved mother's last illness? Why did they allow 'step-father' to bar them from even visiting their mother on so many occasions, and from being alone with her? Could they do nothing to stop him spending ridiculous amounts of their mother's money? Why did nobody confront him? Why mention his sexual assaults several times with no follow up at all? What was the last word on the burial? Why did we hear so little about her eventual contact with her father? Did anything happen to the professionals who behaved so unprofessionally? This aspect of the book, after suspense sustained for ten or so hours, is very disappointing. Despite all this, I would still recommend the book because I found it a compelling read.

BUT, the book is badly let down by the narrator. Her voice and accent are very pleasant, but she mis-pronounces SO many words, she really is not suitable for the task. Her accent suggests that English is her native language, so there is no excuse for mispronouncing English words.