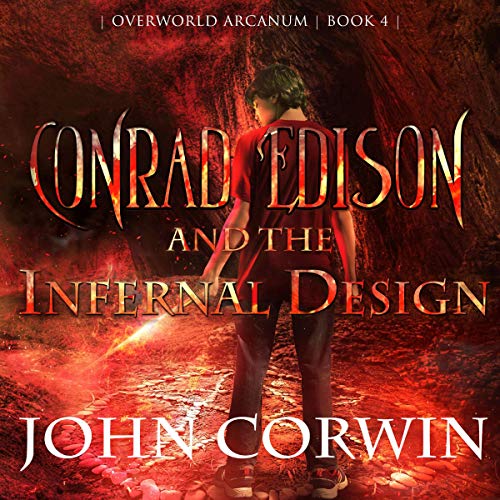 Conrad Edison and the Infernal Design

By: John Corwin
Narrated by: Jake Thornton
Try for £0.00

When Conrad learns his father has perfected a way to create demonic clones of living people, he realizes it's only a matter of time before the Overworld falls once again to Victus.

The Arcane Council is already in flux, and Max's father, Xander, is running for primus. If he wins, it will give Victus another solid rung to climb to the top. Several ministers already seem in favor, and with a little push, the entire council could belong to Victus.

The only way to stop Victus is to destroy the foundry. But to do that, Conrad will have to figure out who is friend, who is foe, and who might be a demon clone. If the infernal design is not broken, Victus will soon control everything.

What listeners say about Conrad Edison and the Infernal Design