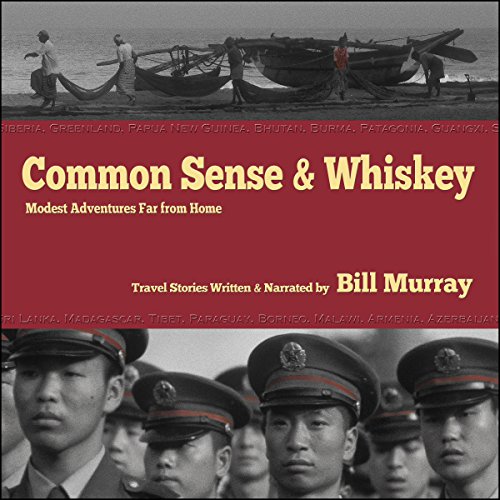 It's all here: Adventures in Africa, Azerbaijan and the Arctic. Headhunters and prayer flags, liars and thieves, evil spirits and atrocious food. From Tbilisi to Tibet to the Trans-Siberian Railroad, Common Sense and Whiskey is a crisp survey of what's it's like in the real world. You can handle just about anything out on the road with a believable grin, common sense, and whiskey. That's been the author's theory, anyway, for 25 years of international travel. So far, so good. And now, in a new audiobook narrated by the author, Common Sense and Whiskey distills the most memorable experiences of a lifetime of travel to some of the world's least visited places.

Narrated by Bill Murray, whose day job for 30 years has been recording radio and television voiceovers. This is the author's sixth audiobook as narrator.

"Please note that the author/narrator is NOT the actor Bill Murray."

What listeners say about Common Sense and Whiskey