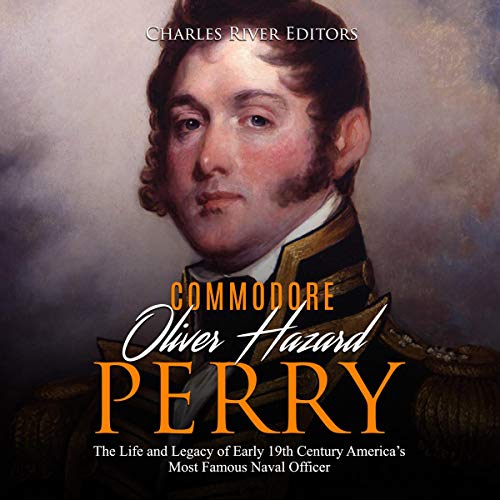 "We have met the enemy and they are ours.” (Oliver Hazard Perry)

Sandwiched between the Revolution and the Civil War, the War of 1812 is one of America’s forgotten conflicts, and the stalemated nature of the war (which resolved virtually none of either side’s war aims) has also ensured that it is often given merely a cursory overview.

Great Britain, as the leader of several coalitions of conservative European countries trying to isolate and snuff out the revolutionary spirit and the ambitions of Napoleon, had been at war with France almost continuously since 1792. Under President Thomas Jefferson (1801-1809) and James Madison (1809-1817), the United States tried to steer a course that would keep it from being drawn into the European war and defend its neutrality on the high seas. However, both Britain and France wanted to hurt the other side economically by keeping goods out of their enemy’s hands. Thus, they did not faithfully respect the rights of neutral nations.

The British government, in 1807, had issued the “Orders in Council”, which enforced a naval blockade against France, and with a shortage of seamen to man the Royal Navy, Britain also felt justified in stopping and sometimes firing on ships flying the American flag in the name of apprehending escaped British sailors.

The other main cause of war was distress on the Northwestern frontier, where the British in Canada were supporting Indian resistance to American settlement. So called “War Hawks” from that region in Congress pushed for a declaration of war. Some hoped that a war would not only stop Indian depredations but evict the British from Canada and lead to completion of some unfinished business from the American Revolution, namely Canada joining the US.

Americans had few things to celebrate during the War of 1812, and fighting on the frontier against the British and their native allies didn’t go any better than the conflict did in other theaters, but one of the only major victories the Americans won came at the Battle of Lake Erie in September 1813. That action made Oliver Hazard Perry, a veteran of the Barbary Wars and commander of the USS Lawrence, a legend whose name has endured for over 200 years. Perry was so instrumental in the victory that British historian C.S. Forester noted “it was as fortunate for the Americans that the Lawrence still possessed a boat that would float, as it was that Perry was not hit."

As one of the biggest naval battles of the war, the results meant that America maintained control of Lake Erie, an important location from which they could recover Detroit and be better positioned to confront the British and Shawnee leader Tecumseh’s confederacy. For his part, Perry would forever be remembered as the “hero of Lake Erie” even as he and compatriot Captain Jesse Elliot would feud over their respective actions during the battle for the rest of Perry’s life.

Perry received a Congressional Gold Medal and the Thanks of Congress for compelling the surrender of the entire British squadron, the first time that had ever happened, but he wouldn’t have much time to enjoy it. He fought in the Second Barbary War in 1815 but died of yellow fever while on a mission in Venezuela in 1819. Despite being just 34 at the time of his death, he was one of the most famous military heroes in the young nation’s history, and he has been commemorated with countless monuments across America ever since.

Commodore Oliver Hazard Perry: The Life and Legacy of Early 19th Century America’s Most Famous Naval Officer chronicles how he became one of America’s most memorable military heroes.