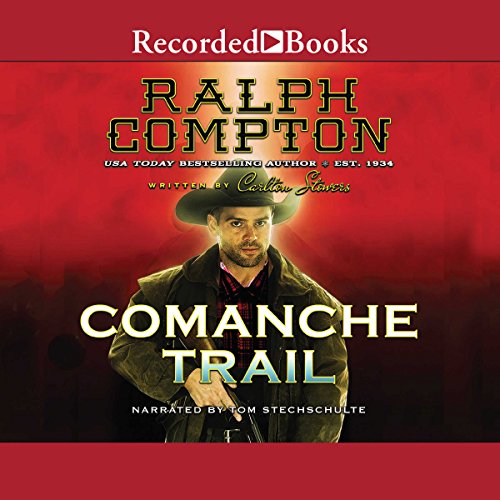 By: Carlton Stowers,Ralph Compton
Narrated by: Tom Stechshulte
Try for £0.00

Thad Taylor is no one's idea of a fine man. Usually drunk and shiftless, he's disapproved of by most - especially his father. But when his father doesn't return from a trip across the Kansas plains, Thad is the only one who can search for him. And he's far from ready for the ordeal. Because his father is already dead. He has fallen victim to the bloody Benders - a demented family who lures travelers into their cabin way station only to rob and brutally murder them. Now, for his father's memory, Thad must hunt the Benders down and deliver them either to the law - or to the grave.

What listeners say about Comanche Trail

Boringly boring. No substance at all.now I need to write fifteen more words for this to post. Hitting send now.