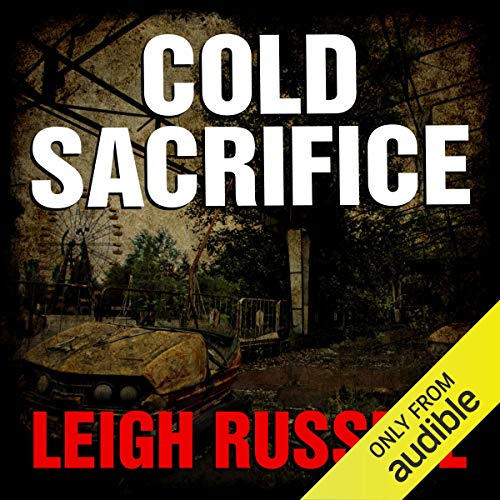 By: Leigh Russell
Narrated by: Lucy Price-Lewis
Try for £0.00

When three dead bodies are discovered in quick succession on his home patch in Kent, DI Ian Peterson becomes too embroiled in a complex murder investigation to worry about his forthcoming promotion or the state of his marriage. The first victim is a middle class housewife, stabbed to death in a park. Her husband is in the clear until the prostitute who provided him with an alibi is murdered. While the police are busy gathering evidence, a second prostitute is killed. Ian and a young female constable, Polly, struggle to make sense of the case and find the elusive killer, before he strikes again. But by the time Ian realises the truth, it may be too late to save Polly.

Leigh Russell studied at the University of Kent and now works as a secondary school teacher, specialising in supporting pupils with Specific Learning Difficulties. Her first novel, Cut Short (2009) was shortlisted for the CWA New Blood Dagger Award for Best First Novel. Road Closed (2010) was listed as a Top Read on Eurocrime and, with Dead End (2011), series protagonist Geraldine Steel became the #1 best-selling female sleuth on Amazon Kindle.

What listeners say about Cold Sacrifice

DI Ian Peterson a likable character is very dedicated and engaging, his new wife, high maintenance, flighty and insecure. I liked the ebb and flow of their relationship, curious enough to see how that works out.
The murder of a middle aged women, makes the husband a prime suspect, but you know from the onset there is more to the story and who the murderer and antagonists actually are. I like a bit more suspense and enjoy working who out the murderer is myself, you don't get that here.
It's a police procedural in the strictest sense and very realistic, nothing new and very understated and although I did not love it, I still had to listen to the end to see how things ended up.

Listen at your peril?

Would you try another book written by Leigh Russell or narrated by Lucy Price-Lewis?

Narrator not too bad; storyline appalling - NO

What was most disappointing about Leigh Russell’s story?

No idea of police procedure and Petersen is a Detective Sergeant, not an Inspector

Who might you have cast as narrator instead of Lucy Price-Lewis?

I usually read/listen to books that I intend to comment about in order to be fair to all. In this case, I gave up after a while. There were too many glaring problems with the plot especially with police procedure, a rather childish dialogue between some of the characters and a rather obvious perpetrator of the crime, while religious maniacs move on and that was the only realistic note. The tension between Detective Sgt. Peterson, not Inspector as advertised, and his grizzling wife had some claim to authenticity and mirrors experiences with which I am familiar. Of the many new writers of British crime, this is by far the most disappointing which is why I'm electing to return it.

Poor story line. Predictable. Boring. Lack of research into police procedures and rank. The narration by Lucy Price-Lewis is excellent but her talent was wasted on this story

easy reading, hard to put down.
like a tv series wanting to know more. looking forward to the next one

One of the least enjoyable books I am afraid

It was obvious who the killer was from the beginning. While the detective was on okay sort, his wife was a nag, and not one other character, major or minor, had any redeeming qualities.