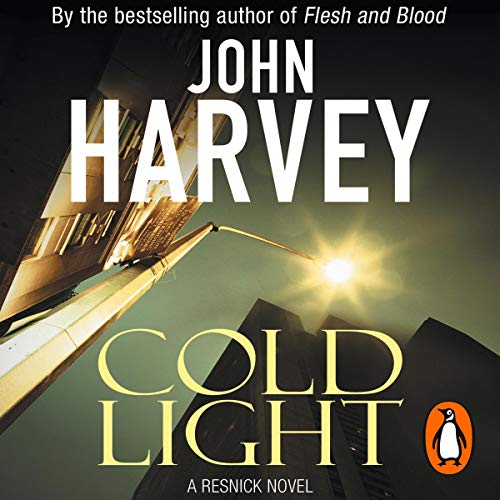 By: John Harvey
Narrated by: Keith Barron
Try for £0.00

"Forty-eight hours, that's what they reckon, isn't it? 48 hours. If you don't find them in that, likely they're sodding dead."

A cabbie's just been beaten up, there's a drunk and disorderly in the interview room, and a possible child abuser on the way in. Nothing unusual there, then, just a pretty normal Christmas holiday for DI Resnick and his team. Normal, that is, until Dana Matheison calls to report her flatmate, Nancy, missing. Dana's had a pretty grim Christmas herself: she's been sexually harassed by her boss, and may even have lost her job as well as her friend. Pretty soon the police have proof that Nancy was kidnapped, and then, as the New Year celebrations wind down, the first tape arrives - and Resnick knows they're dealing with a dangerous psychopath.

What listeners say about Cold Light

I was yelling at narrator

I hadn't realised this was an abridged story as I would never normally listen to those. Keith Barron's narration is excellent in bringing characters to life, but he doesn't seem to realise that narrators need to keep a constant volume, more or less. Unfortunately the modulations in his voice take it from loud to a whisper in one sentence and I've been constantly fiddling with the volume on my phone trying to hear it but not get an ear blast. Several times I found myself shouting at him in frustration. Story is good crime fiction but, as abridged, it is sometimes hard to follow.

BEWARE ABBRIDGED. Cheapo cheapo. That's all I want to say, and no more is necessary.