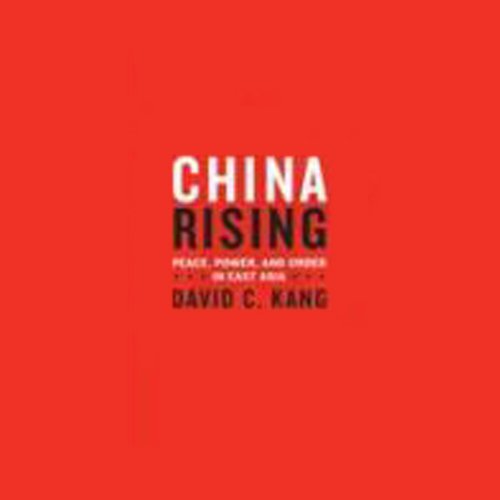 Throughout the past three decades East Asia has seen more peace and stability than at any time since the Opium Wars of 1839-1841. During this period China has rapidly emerged as a major regional power, averaging over nine percent economic growth per year since the introduction of its market reforms in 1978. Foreign businesses have flocked to invest in China, and Chinese exports have begun to flood the world. China is modernizing its military, has joined numerous regional and international institutions, and plays an increasingly visible role in international politics. In response to this growth, other states in East Asia have moved to strengthen their military, economic, and diplomatic relations with China. But why have these countries accommodated rather than balanced China's rise?

I am not happy with this selection. I read technical journals and law reviews all the time, so something that is "dry" doesn't bother me. However, I just can't seem to get past the first chapter or two in this audio book. First, the author drops too many names and makes reference to other people's work incessantly - hello - ever hear of a footnote?

Worse, we are reminded over, and over, and over, about how "Western" political observers and commentators are ignorant, and how Europeans do not (or can not) understand China because they are ignorant, myopic and Eurocentric - or just not smart enough or “nuanced” enough to understand the Chinese psyche. This is plainly annoying. I feel like I am being lectured by an arrogant American graduate student who just discovered there is a world beyond American TV and video games. I get it jack - there are other ponts of view regarding political analysis.
I also kept wishing the author would speed it up and get to the point. The introduction was too long and dragged - I finally gave up. Laslty, I don't want to be mean spirited, but the narrator's voice is just hard to take - it is too nasal. (I work with native Chinese and Japanese speakers - so its not an accent or cultural thing - the guy just has an annoying voice)

That being said, I am going to pick up the text and read it. Maybe that will be better. As an audio book though, this is just not worth the time.