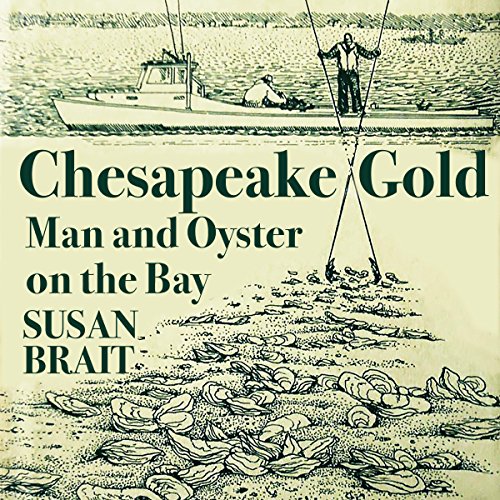 Man and Oyster on the Bay
By: Susan Brait
Narrated by: MacKenzie Nikol Greenwood
Length: 5 hrs and 30 mins
Categories: Non-fiction, Environment
4 out of 5 stars 4.0 (1 rating)

The figure of an old man poling a skiff toward shore against the evening light engaged Susan Brait to learn about Chesapeake Bay, and it is that image which opens this her book on the oystermen of the Bay and the sapping of their traditional life, and even the bounty of the Bay itself, by the demands of American society.

With directness and poetic economy Brait takes the listener into the life of the Bay and into the complex relationships that affect oysters and those who make their living from them. Her account weaves easily from the daily work of oystermen to the natural forces that have shaped the Bay, from the experimental culture of oysters by marine biologists to the plans of businessmen who expect to grow and harvest the mollusks on privately owned reefs, from efforts to legislate control of the Bay and its resources to the upper reaches of the Susquehanna River where increasing pollution of the Bay originates from agricultural practices of the Amish and other farmers. These and other disparate elements are gracefully woven into a seamless web that represents the complex wholeness of the Bay itself.

Chesapeake Gold is a sensitive portrayal of people and their place, but it is also more. The oystermen and their efforts to maintain their traditional life become a figure for our society's struggle to find an ethic that will serve both man and the natural world that man is apart from and a part of.