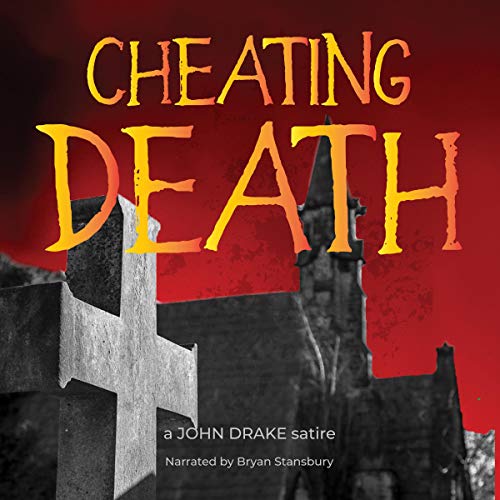 Even the Black Death has a lighter side.

A street-side conman becomes embroiled in high politics when his scheme to relieve the doge of Genoa of a sizable portion of his wealth backfires. He is conscripted to deliver a message to The Cutler, a mysterious figure in the papal city of Avignon.

Two English pilgrims are also making their way to the pope, seeking repentance for their sins. Their journey takes a debauched turn, however, and their arrival is one of a pair of wandering drunkards rather than pious pilgrims.

Meanwhile, a Germanic woman leaves her homeland, intent on killing the pope as revenge for the church’s involvement in her brother’s death. There’s just one small problem: She’s not a natural murderer. Their worlds converge on the Palais des Papes amid the ravaging gloom of the plague as the shadows of the doge’s network are brought into the light to save the papacy and the brittle hope of the people.

What listeners say about Cheating Death

This book is so good and such a fun read. When an only child of a fishmarket starts breaking into the church at HA his crimes and schemes only get bigger from there. As a young man he’s going from town to town playing gambling games that only he will win to make money. He is the captain of his destiny until a scheme is should have left the loan causes him to be on a journey that will change his life forever. I love this book it was so so good. I highly recommend it John Drake is such a great writer and the narrator does such a wonderful job. Do you self a favor and get this book it is so worth it!