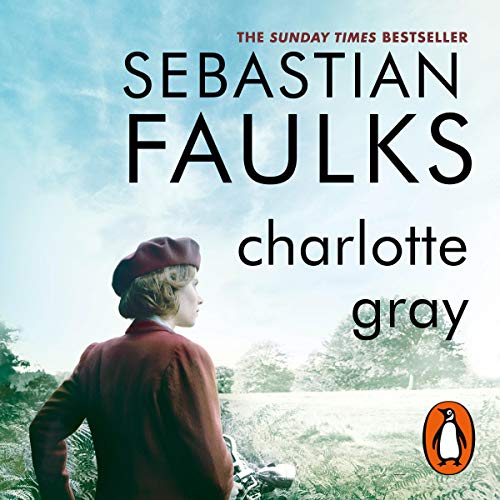 By: Sebastian Faulks
Narrated by: Jamie Glover
Try for £0.00

In 1942, Charlotte Gray, a young Scottish woman, goes to Occupied France on a dual mission: to run an apparently simple errand for a British special operations group and to search for her lover, an English airman who has gone missing in action. In the small town of Lavaurette, Sebastian Faulks presents a microcosm of France and its agony in 'the black years'. Here is the full range of collaboration, from the tacit to the enthusiastic, as well as examples of extraordinary courage and altruism. Through the local resistance chief Julien, Charlotte meets his father, a Jewish painter whose inspiration has failed him. In a series of shocking narrative climaxes in which the full extent of French collusion in the Nazi holocaust is delineated, Faulks brings the story to a resolution of redemptive love. In the delicacy of its writing, the intimacy of its characterisation and its powerful narrative scenes of harrowing public events, Charlotte Gray is a worthy successor to Birdsong.

What listeners say about Charlotte Gray

An exceptionally well told story, in every respect

I thoroughly enjoyed listening to this intriguing story which was made all the more enjoyable by Jamie Glover's brilliant rendition. The accents which he uses are particularly praiseworthy, from the "pear-fect" soft Highland intonations of the Gray family to the clipped 1940's BBC accents of the Whitehall chappies - I felt that time & space had been transcended.
The story is of war so it is not a happy tale but it is such a well developed story, obviously meticulously researched, that the human elements of the conflict are all powerful.
Having listened to Faulk's earlier story, "Birdsong" about the First World War, I was quite emotionally moved by the links which he had so cleverly contrived to include in this story. It somehow made it all the more real.

I was blown away by this book, slow to start, it became totally addictive and I was engrossed. Truely believable characters in a highly detailed and well researched world. I cannot recommend it enough.

Would you listen to Charlotte Gray again? Why?

Yes. This was, in fact, my second time around. I had listened to it on iTunes before my days of audible.

This book is nothing short of a stunning rendition with marvellous historical references which will inevitably appeal to readers interested in the WW2 era.

The characters, as read superbly by Glover, remain as some of my favourite to listen to and I would probably even give this yet another listen. I definitely found listening to it a second time round I noticed more about the story; it's layered.

After this I would even dare to say that this is one of my favourite audiobooks (although I do have quite a few now). Faulks' exploration of love amidst trauma and devastation is absolutely masterful, he truly is unmatched and unrivalled in these areas.

Long story short: please buy this. Listen to it with a cup of tea under a blanket and be prepared for a bit of emotion. This book reminds me why Sebastien Faulks is one of my favourite authors: I implore and strongly urge you to buy it. Then like this review when you finish and enjoyed it as much as me!

Great listen.
This is just as good as Birdsong.
Sebastian Faulks is a brilliant author.
I look forward to listening to more of his books.

The novel meanders as a result of a rambling plot and an irritating lead character who wanders at will across France during her SOE mission, seemingly doing nothing other than putting others at risk. There is excellent content regarding the second world war collaboration of the Vichy government, and these sections alone make the book worthwhile (hence 3 stars overall). However, the juxtaposition of fiction and non-fiction sit uncomfortably.

I am not sure I would have persevered with reading this book because, truly, some of it is embarrassingly weak. It really would have benefitted from some severe editing.

The performance was good enough, but the repeated incorrect pronunciation of the word 'grimace' was a spoiler.

yes, I had forgotten what a good story this was having read it when it was first published.

What other book might you compare Charlotte Gray to, and why?

Red Joan - war time story about people lives and the sacrifices they made.

Have you listened to any of Jamie Glover’s other performances? How does this one compare?

Not sure - probably. He was excellent.


I watched the film Charlotte Gray a few weeks ago and greatly enjoyed it but although there was a good plot I felt something was missing .
I have read and listened this few books by Sebastian Faulks so knew there was so much more hidden in the pages.
I was right, the film although good was not a pimple on the face of this book.
The writing was beautiful every word picked perfectly to describe the scene.
What I love about Faulks writing is when he describes a tender moment or a sex scene there is nothing smutty or rude just exquisite prose.
The narrator Jamie Glover was perfect, his voice fur Charlotte with a soft Scottish burr was just right. I can’t imagine a woman narrating this now, although it is a book about a woman..
If you have read or listened to Birdsong then you will love this.
Highly recommend this wonderful piece of work.

Brilliant narration. If he hasn't received an award for this already he deserves to be given one.
Story I thought was overly wordy in places, but it harrowingly made apparent, why the war had to be fought.

Gripping and fascinating throughout.

Narating was brilliant using multiple accents and voice tones. This combined with the descriptive writing served to paint and extremely vivid picture at all times. A fascinating story placed in a thoroughly researched background.

A very long novel brilliantly narrated. Story line hard to follow. Not as good as birdsong. I may give his other French trilogy novel a go as I have that one as well.