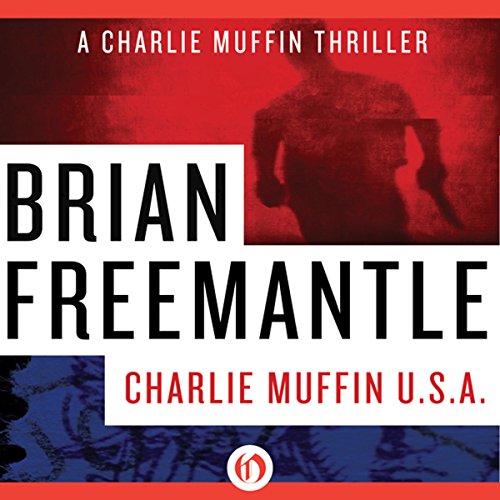 By: Brian Freemantle
Narrated by: Napoleon Ryan
Try for £0.00

Charlie Muffin has done well since he “died.” He’s been on the run for years from the intelligence forces of Great Britain and the United States when an official declaration of death finally puts an end to their pursuit. Suddenly, Charlie can breathe again. He’s even put a lid on his single malt whisky habit. Now all he needs is a job.

He puts his espionage skills to work for an English insurance company, ensuring the security of the Romanov stamps. A priceless collection assembled in the years before the Russian Revolution, the stamps survived only because the Bolsheviks failed to recognize their value. Now the American government means to use them as bait for a brutal drug lord. He wants the stamps, and Charlie must stop him from getting them—even if it means getting “killed” a second time.

The book almost recreates the plot of movie The Hallelujah Trail; all the different possible sides end up in the same place on the same day of the "caper" to cause absolute deadly chaos lol. Charlie, keeps his upper lip stiff in true British fashion, going down on whatever vessel comes along, to his own personal advantage of course.

Perfectly narrated to egg up Charlie's working class roots in the faces of the graduates of famous colleges from every Service.

Thanks Audible for another very entertaining freebee. RECOMMENDED

I have listened to four of these audiobooks as they are included in my membership. The stories are OK and the narrator is mostly very good, but the sexual attitudes are appalling (even for the time the books were written). The homophobia is just offensive - the "man-ish looking woman" written into this book for no reason other than for us to learn she is lesbian provides some kind of balance to the "puffs" in previous books.

The misogyny is truly appalling - women have no role in Charlie Muffin's world. They are secretaries, nagging/ unsympathetic wives, or sexually voracious socialites - sometimes a combination of all these tired, sexist clichés. Of course they all love Charlie and leap into his bed. Poor old Edith - her journey from despised doormat to beloved, once Charlie has stolen enough money to make him feel man enough to live off her inheritance, to her ultimate demise in Charlie's place (the fate of so many wives and girlfriends of the real men of fiction). We eventually discover she had an Oxbridge degree, but nothing else - no work history, interests, ... nothing that could make her a three dimensional character.

I think I'm done with this series - like free toilet paper, you eventually feel the need to pay for something with a bit more substance.

All the usual suspects are here but storyline unconvincing and Muffin’s involvement a stretch of credibility and character.

The series is still worth reading

Somewhere between books 3 and 5 most "Joe Bloggs book n" type series tend to become unreadable. This one is still going strong.