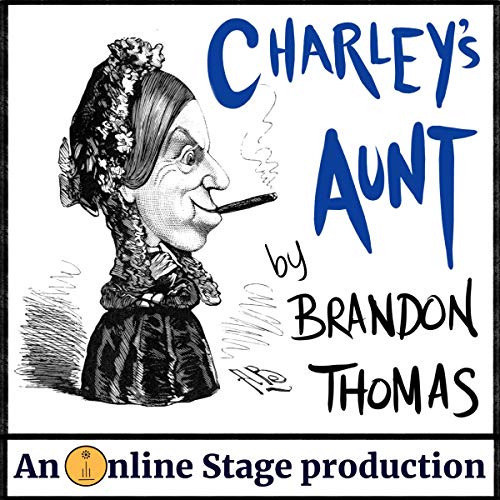 Charley's Aunt by Brandon Thomas, presented by The Online Stage

This classic farce was first performed in 1892. Since the record-breaking initial run in London, it has been revived many times around the world in a variety of languages, and has also been adapted for a number of presentations on film.

The play incorporates many of the features which have become standard in romantic comedies: a cross dressing central character, identity confusion, young lovers kept apart by parental influence and older lovers unexpectedly reunited.

What listeners say about Charley's Aunt