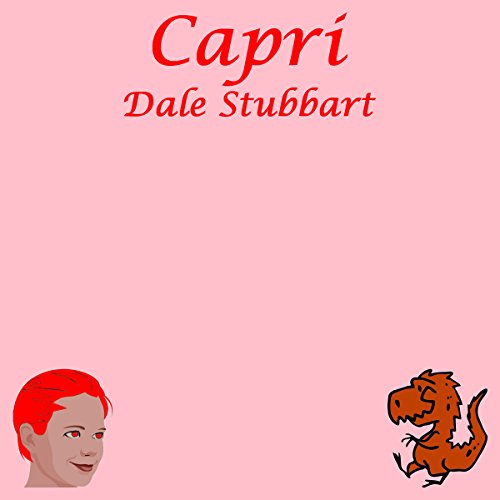 By: Dale Stubbart
Narrated by: Chase A. Landkamer

Because she looked sly, people thought Capri knew things, even when she did not. Most people thought she was called Capri as short for Capricious. Actually, it was because her mother was color-blind and thought her red hair was capri, or deep sky blue. Actually, her hair was scarlet with touches of vermilion.

However, people thinking that Capri knew much more than she actually did eventually got her into trouble... the day a Dinosaur lumbered into their town.

Light and enjoyable story for younger children. Capri knows everything and saves the town from a dragon - or is it all a dream! Great narration.


I received a review copy of this story from the narrator via audiobook.boom and have provided an honest review.

Whimsical impossibilities a child will love

A whimsical story of impossible whimsy that children will love – kindergartners through first or second graders. Dinosaurs, misrepresentations of how smart one is and isn't, and how well children can solve problems, collide to create this narrative. Chase A. Landkamer clearly distinguishes voices, though the narration, at times, seems too stilted.

This was actually a lot of fun.

Story of a girl named Capri who was considered to know a lot of things even if in reality she did not. Beautifully written, enjoyable read.

The voice reading is wonderful, very clear and enjoyable. this is a very imaginable book.